Parents typically have good intentions when it comes to keeping children away from toxins. 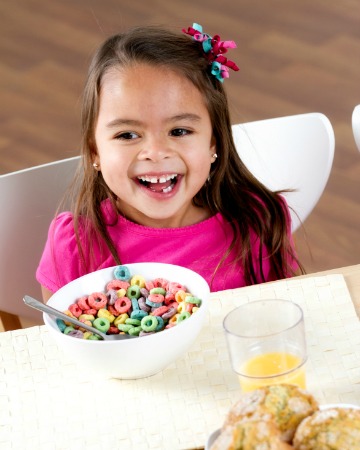 However when diets are full of processed foods and our environments are full of various chemicals, it can be tough to avoid exposure — and tempting to attribute health problems to such exposure.

Diagnosing children with chemical sensitivities is a controversial topic in the medical community. Some say chemicals in our food and environments can be dangerous and debilitating. Others say there’s no solid proof to back up such claims.

Anytime a child is suffering, regardless of how crippling or minor the symptoms, it’s in a parent’s nature to solve the mystery. For instance, when a child demonstrates hyperactivity, rashes, breathing problems and/or learning difficulties, some parents wonder if that child has Multiple Chemical Sensitivity (MCS), which is sometimes referred to as Environmental Illness (EI). This is a hotly debated diagnosis that seems to have legs, especially within the green parenting movement. According to the Chemical Sensitivity Foundation, “People who are chemically sensitive are made sick by exposures to chemicals found in many common products such as pesticides, perfumes, tobacco smoke, new carpets, air fresheners, new paint and building materials, and many cleaning and laundry products. Most of these chemicals will make everyone sick at high levels, but for chemically-sensitive people exposures to even small amounts of these substances can cause symptoms.”

While MCS has garnered attention in the media and within the environmentally-friendly consumer products industry, many experts in the mainstream medical community refute the veracity of such a diagnosis. “Many parents are concerned or even convinced that their child is ‘sensitive’ to certain chemicals in the environment, be it food additives or cleaning products or lawn fertilizer,” says Riley Minster, M.D., a pediatrician with Lakeshore Pediatrics just outside of Chicago. “However, the data out there doesn’t really support these claims,” he shares. Dr. Minster explains that everyone has a different idea of what constitutes a “sensitivity” and that if your child reacts to a certain food, such as citrus, it could mean that “the food is too acidic for their fair skin, not that they are necessarily intolerant or overly sensitive to this.”

Michelle, a mother of three from Arizona, is convinced her youngest child’s behavior and health issues are tied to the chemicals found in some food products and in the environment. She understands that not everyone agrees with her beliefs, but she’s confident in her decision to modify her family’s habits. “Some people think I’m overreacting but I see how he reacts when he’s exposed to certain chemicals so I truly believe he has a sensitivity,” she says. “Of course I’m going to do everything I can to keep him away from what I believe to be unhealthy foods and environments.”

Find out: Could the foods your child eats cause bad behaviors? >>

Many pediatricians are hesitant to attribute health problems to everyday chemical exposure. “Another problem with chemical sensitivities is that there are no standardized tests for most of these products,” says Dr. Minster. “There are lots of parents who report mood changes or hyperactivity with certain additives, but these observational reports are too subjective, and more objective studies often refute these claims.” Still, the two sides of this issue share common ground on at least one point. Dr. Minster advises, “If a parent says that a certain additive or chemical causes a reaction in their child, then by all means avoid that chemical!”

More about chemicals and kids