Are you wondering if the government shutdown will affect your family? Find out which furloughs and defunding will have a direct effect on our families and children across the country. 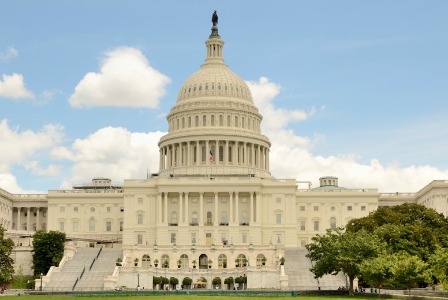 Unfortunately, young children — especially children in need — are some of those most affected by the government shutdown. Learn whether or not loss of funding and furloughs will affect your family.

The flu may catch families by surprise

Do you rely on tracking the flu in your area? Because of shutdowns in the Centers for Disease Control and Prevention (CDC), families won’t have access to up to date flu tracking and education. To stay prepared, call your doctor’s office and arrange to get your flu shots early this season.

Home purchase plans could fall through

Are you and your family in the process of buying a new home? You may experience delays or major problems if your loan is moving through the Federal Housing Administration. It remains to be seen how long delays will last and how they may widely impact the housing market. Selling a home? This could also put a wrench in your plans.

At-risk kids around the nation are served by the National Head Start Association, an early education program. In a statement released today, Head Start shared that the shutdown potentially impacts at least 19,000 vulnerable children.

Millions of pregnant women and mothers with young children rely on WIC to get access to healthy food, breastfeeding support and nutrition assistance. As funding dwindles, so will resources in this program. New applications may be denied regardless of need.

Sick parents and kids will lose access to clinical trials

Though it won’t be a huge number of people, for those affected it could mean a matter of life and death. The Wall Street Journal reports that furloughs at the National Institutes of Health will result in patients being turned away from clinical trials. These patients include children with cancer.

Families may need to make other recreational plans

National parks, museums and zoos are also closed due to the government shutdown. If you are planning a trip to one of these locations, your family will need to put it off for now until it’s known when the national parks and attractions will be open once again. The National Park System includes 401 parks which host over 280 million visitors per year. The Global Dispatch says that those visitors spend about $76 million per day in the area near the parks.

Many workers will be furloughed without pay

One of the most notable consequences of the shutdown is that many people are losing their jobs. Families of furloughed workers will be directly affected by the government shutdown. From Smithsonian docents to NASA employees, hundreds of thousands of federal workers (and civilian contractors) will stop receiving pay during the government shutdown. Families who rely on these paychecks will be directly affected.

Let’s all hope that the shutdown ends as soon as possible.

20 Things that terrify me about being a mom
Should parenting require a license?
Should we allow teens to drink under adult supervision?