“Your daughter has cancer.” Those are the words no parent ever wants to hear, and yet every day, so many parents receive a scary diagnosis for their child. Jordan Stewart’s family heard the diagnosis of melanoma when she was only 13 years old. The whole family rallied and helped Jordan through her monthly treatments — which lasted over a year. She just celebrated her one-year mark after completing treatment, but the gift she wanted wasn’t for her.

Related story Jane Fonda Shared Honest, Unflinching Take on Her Own Mortality: ‘Sooner Rather Than Later’
Teen’s battle led her to help others 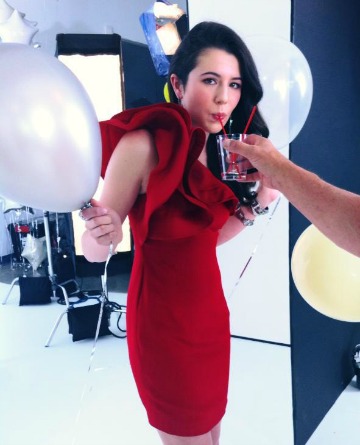 What does it feel like when your child receives a cancer diagnosis? Jordan Stewart’s family faced the unthinkable when she was only 13 years old. We spoke with Jordan and her mom about her diagnosis, recovery and hopes for the future — and how Jordan helped the Make-A-Wish Foundation grant wishes for others in her shoes.

When Jordan was 13 years old, a good friend noticed an odd bump on the top of her left ear. She had actually been hiding it for a few months, as most girls her age would probably do. Sharon, Jordan’s mom, didn’t think much of it at first since it just looked like a regular mole. But then she sent a picture to Jordan’s doctor to see what she thought. Her doctor wasn’t concerned either, but she referred them to a dermatologist to have it removed. He removed the mole and sent it in for a biopsy, telling them he was almost 100 percent sure it wasn’t anything to worry about. Then came the phone message that changed the Stewarts’ lives forever.

The doctor said she needed to see them ASAP.

“I called the doctor right back and made an appointment to come in to see her in the next hour,” says Sharon. “We were ushered in to see her when we got there, and were on pins and needles waiting for an explanation. The doctor took Jeff [Jordan’s father] and me out of the room and told us that Jordan had a melanoma but didn’t have any other information than that,” says Sharon. “She said that we would be meeting with an oncologist the following week. This is a conversation no parent ever expects to have, never mind knows how to deal with.”

Jordan shares, “When I was first diagnosed, I was in complete shock of what was happening to me. I didn’t realize that cancer was such a real thing and ordinary people like me could get it. I was scared and I didn’t know what to expect,” she remembers. “After the doctor took my parents out of the room, I got really worried.”

That night, the family sat down over Chinese takeout and tried to make sense of everything that was happening.

Headed to surgery — and another scare

The diagnosis took over their lives rather quickly, and the following week, they had appointments with both the oncologist and the surgeon, as well as both CT and PET Scans.

“The oncologist said that we had to do surgery to stage the melanoma and get rid of the existing bump on her ear, and then we could come up with a treatment plan,” says Sharon. “We finally had information on the type of melanoma — spitzoid melanoma — which is very rare in youth (only 100 kids are diagnosed in the U.S. each year).”

But the surgery didn’t go as planned.

“The results of surgery were not what we were hoping for,” Sharon remembers. “The doctor did a biopsy of her lymph nodes, and two came up positive for cancer. This meant we would have to have another surgery and take all of her lymph nodes on the left-hand side and see if there were any more cancerous nodes hiding.”

A second surgery was scheduled, and it was more intensive than the first.

“We had to stay overnight in the hospital, and she was in much more pain — but we made it through, and she was on a fast road to recovery one more time,” Sharon remembers. “Unfortunately, we received more news that we were not hoping for. One more lymph node (that was hiding) came up positive for cancer. So in the end, Jordan was diagnosed with a Stage III melanoma,” she adds.

Melanoma isn’t treated with radiation or chemotherapy, so Jordan’s treatment was with an immunity booster called interferon alfa. Jordan’s treatments started strong, with visits to the oncology department at the hospital five days per week.

“The side effects of the treatment are flu-like symptoms — temperature, body aches, loss of stamina, tiredness, lack of appetite and depression. The first month was pretty hard because it was the biggest dose and she was getting it every day,” says Sharon.

For the remaining 11 months of treatment, Jordan’s mom gave her a shot at home three times each week.

It’s easy for kids and teens who are dealing with a life-threatening illness to feel alone. However, Jordan was lucky enough to attend a nearby camp for kids battling childhood cancer.

“During treatment, I went to some groups at the hospital for kids who had cancer but didn’t make really great connections with them,” shares Jordan. “I went to Camp Okizu during the last part of my treatment and met people that were going through the same things as me and really understood me. When I had my last treatment shot, I was at camp, and everyone there made me feel awesome — cheering through the camp with me,” she remembers.

During Jordan’s battle with cancer, many people suggested she approach the Make-A-Wish Foundation and see if they might grant her a wish. Initially, her parents worried that they might be taking a “wish” experience away from someone who was more in need. But Jordan’s struggle with life-threatening illness weighed heavily on their hearts, and they decided to write a letter. 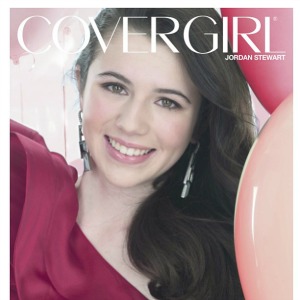 When Jordan learned that her wish to be a model for a day would come true, she was so excited — and extremely grateful.

“For Jordan’s Make-A-Wish trip, we went to New York, and she was a model for a day with CoverGirl,” says Sharon. “We traveled together as a family and also were able to visit some other touristy places together. The best part of the trip was obviously the wish day. Limos picked up the families and kids, and we were treated like we were famous. There were possible commercials being filmed, so there was always a microphone, camera or video camera in Jordan’s face,” Sharon adds.

The small group of girls had the opportunity to work with stylists, photographers and others who usually work with famous people.

“Jordan got to try on clothes that were previously worn by stars — and shoes that would make any woman crazy,” says Sharon. “It was a day that we will never forget, and I know that it has been life changing. Jordan has a pretty good idea of what she wants to do with her life because of this experience.” 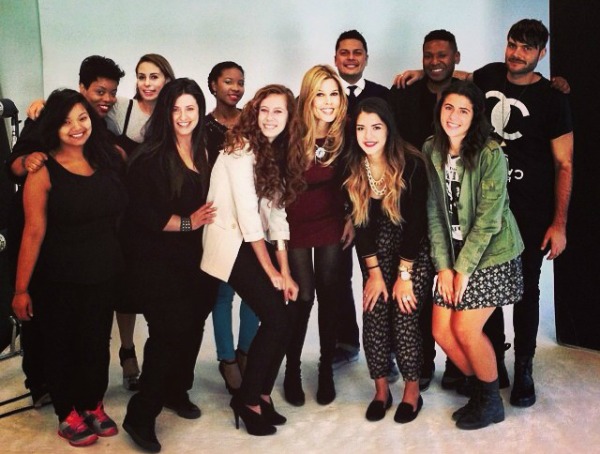 Now 15 years old, Jordan is drawn to help others realize their dreams. After having such a life-changing experience with the Make-A-Wish trip, Jordan wanted to help other girls facing life-threatening illness see their wishes come true. She was especially drawn to help Mary Alice Stephenson, founder of Glam4Good, whom she worked with closely during her own Make-A-Wish trip.

“I am very interested in giving back to other kids with life-threatening illnesses. The Make-A-Wish Foundation serves all of these kids, not just kids with cancer,” shares Jordan.

She and her mother recently flew back to New York to help the Make-A-Wish team and Glam4Good grant wishes for other kids facing life-threatening illness.

“I was able to work with the person who styled me in my wish and flew back to New York to help grant the same wish (except with Seventeen magazine) for four other girls. Seeing the looks on the other girls’ faces — whether they were trying on clothes, in front of the camera or just taking in the atmosphere — made the whole experience worthwhile. The whole day reminded me of my wish and brought back great memories. This made me feel great to give back while doing something I loved,” Jordan adds.

Already a close-knit group, the Stewart family joined together to help Jordan win her battle with cancer. They even managed to squeeze in a few family vacations during this stressful time, and that really helped them strengthen their bond.

“This will be a part of us forever, and while that humbles us and makes us thankful for each day, it’s definitely not easy,” shares Sharon. “We are strong, united, blessed and are only willing to think positive thoughts. Sitting around and feeling sorry for ourselves is not an option.”

“I loved the fortune [cookie] that Jordan got that said, ‘You will live a long and healthy life.’ I also believe in the power of prayer and had a connection with people praying from all over the place. It does not matter the religion or faith — just the power of people’s positive energy is what matters,” she adds.

Images courtesy of CoverGirl and Make-A-Wish

Teaching kids about charity
Do Something harnesses the power of teens
Giving back: Holiday charity projects for teens