For every child who experiences bullying, there’s a bully or a group of bullies out there. How and why did those children become kids who hurt other kids? The answer is rarely simple. 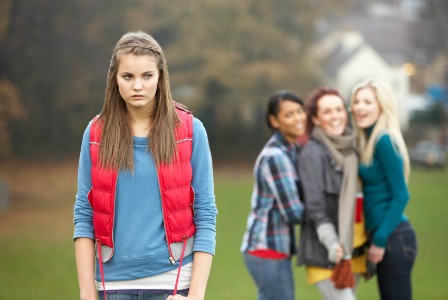 During National Bullying Prevention Awareness Month, find out how you can encourage your kids to avoid bullying behavior.

We often focus on the victims of bullying, but who are the bullies? Bullying awareness and prevention can begin at home. We reached out to a teacher and parents to find out how they approach the difficult subject of bullying.

Bullying and cyberbullying are hot topics now more than ever. Some argue that bullying is a buzzword and that the term is overused. As long as bullying continues to be a source of injury, emotional distress and even suicide among tweens and teens, it’s crucial to keep talking about it. Kids need to feel empowered to fight bullying, report bullying and avoid becoming bullies. Bullies aren’t cartoon characters. They’re not villains. They’re children and teens. You might be the parent of a bully. How do you stop bullying where it starts?

It’s normal to feel overwhelmed by the task of preventing bullying. Reach out for help. Try not to get defensive if your child has behavior problems at school. Instead, work with your child’s teacher to come up with an action plan. Schedule a conference to find out how your child’s behavior differs from school and at home. Find out if the guidance counselor has advice. Check out resources for parents, such as the fact sheet on what to do if your child is a bully at Stomp Out Bullying.

Read about nurturing an edgy teen >>

Recognize that bullying is often a coping mechanism

Amy-Elizabeth is a high school teacher who attended special needs classes from kindergarten until graduation. After being bullied for years, she began bullying others. Now she recognizes that bullying often comes from a place of feeling powerless. “The best way for someone to not become a bully is to promote self-awareness in your child,” she says. “If your child can articulate feelings, in a safe space, it’s highly likely a student can ease their inner turmoil without striking out at another person. As an adult, I know that the people who tormented me in school were just as frustrated, isolated and scared as my younger self. I often wonder what it would have been like to have been young and [to have] been able to understand my own feelings enough to talk to an adult that I trusted.”

Learn about parental rights against bullying >>

Turn to advice from other parents

Real moms chime in with their suggestions and advice about bullying.

Learn about the Stop Bullying: Speak Up campaign from Cartoon Network >>

How much bullying is really bullying?
Sibling bullying hurts, too
How to make sure your child doesn’t become Ann Coulter