A column in the Wall Street Journal sought to stir the debate about whether educating children with disabilities alongside their non-disabled peers actually deprives the kids without disabilities. 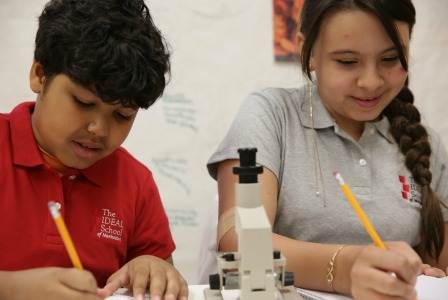 One educator summed up my opinion of the article nicely, calling it “a lot of bunk!”

While parents and educators point out that the author stands to gain from stirring the pot, since she’s an education attorney, I believe the author’s perspectives must be addressed and critiqued as loudly as possible, just in case someone actually thought they made sense.

The author says parents of typically-developing children don’t speak up, don’t complain, don’t share their thoughts — and so, she surmises, they are harboring resentment and unhappiness with the system.

She urges these parents to speak up, to shed light on the lack of equality.

I have a typically-developing child. I also have a child with Down syndrome. Both are mere toddlers, but already they have taught each other (and their parents) so much, and I hope for the day when they can share a classroom, for however long.

Books, reports and white papers have been written on the benefits of inclusion, but it’s worth noting perspective from another parent of a child with Down syndrome before we dive too deep.

Mike participates in a Facebook page called Inclusion for Children with Down syndrome. The group has more than 2,300 members, from parents to educators, and provides a tremendous resource on all questions related to inclusion.

When I queried the group about the Wall Street Journal column, Mike pointed out that the author has a clear agenda to sell more copies of her book and a vested interest in an ongoing — never resolved — debate about the benefits of inclusion because she is, after all, an education attorney.

“I’ve read her articles and she doesn’t seem to quote any meaningful scientific studies on inclusion,” Mike says. “If she really was interested in ‘fixing’ anything, she’d be advocating for scientific studies in which we could have meaningful analysis of the issues. Instead, she appears to want to fuel the debate by pitting parents against one another.”

With that context in mind, let’s dive in.

The author’s major assertion is that parents of typically-developing children stay mum on whether they believe their children are being deprived academically by being in a classroom with children with disabilities.

“She [the author] seems to not realize that maybe one reason parents of typical kids are ‘staying silent’ about this supposed injustice is a little thing called siblings,” says Vicki Villa, who has a son with Down syndrome and blogs at Thoroughly Modern Messy. “Parents of kids with special learning needs are not an alien species. They are often also raising typical kids as well, surprise, surprise. Therefore, there is nothing to complain about because they get it.”

To assume that silence is veiled — or worse, timid — disappointment is irresponsible and based on no data. Which also describes the number of citations the author references in her piece — zero. No studies. No surveys. No polls. She doesn’t quote a single member of her imaginary silent majority.

The author also refers to “inclusion” and “mainstreaming” as interchangeable terms. They’re not. The website Bright Hub Education explains:

“The concept of mainstreaming is based on the fact that a student with disabilities may benefit from being in a general education classroom, both academically and socially. A mainstreamed student may have slight adjustments in how she is assessed, but she learns mostly the same material and must show that she is gaining from her classroom placement.

“The concept of inclusion is based on the idea that students with disabilities should not be segregated, but should be included in a classroom with their typically-developing peers. A student in an inclusion classroom usually needs only to show that she is not losing out from being included in the classroom, even if she is not necessarily making any significant gains. Proponents of inclusion tend to put more of an emphasis on life preparation and social skills than on the acquisition of level-appropriate academic skills.”

“Effective models of inclusive education not only benefit students with disabilities, but also create an environment in which every student, including those who do not have disabilities, has the opportunity to flourish,” reports Inclusive Schools Network, citing five reasons why inclusive education benefits all students, from differentiated instruction to efficient use of resources.

The author writes, “Many parents remain silent. Some quietly remove their kids from public schools. Can this be anything but very bad for America? Our schools thrive only with a diverse student population and engaged parents — not with the departure of those who choose to leave.”

This double standard perplexes me. Is the author really saying that efforts toward achieving diversity suffer if a typically-developing child goes elsewhere to avoid an inclusive environment? Not for one moment do I worry that our planet will suddenly become deficient in typically-developing children to ensure sufficient diversity in an inclusion class of children with disabilities.

Participate fully or not at all

If a parent feels so strongly that his or her typically-developing child will receive less of an education or in some way be harmed academically by learning alongside my son with Down syndrome, I beg of that parent to remove the child immediately — because it’s a doomed relationship otherwise.

Children absorb every ounce of discrimination that seeps from a parent’s bones. At first, that discrimination nestles in the child as bits of a mirror, reflecting thoughts and ideas the child doesn’t yet understand. But one day, after years of discriminatory mimicry, a parent’s philosophy of superiority will seep through the reflective glass and morph into the child’s original ideas and actions of superiority — both unlikely to embrace my son and his different abilities.

The truth is, properly executed inclusion helps everyone — and parents, teachers, administrators and advocates need to push for that level of commitment.

They co-wrote an article diving into a way of thinking called Inclusive School Reform that speaks honestly to the commitments required and the mindset changes necessary to apply inclusion philosophy and practice effectively.

Causton-Theoharis and Theoharis describe Inclusive School Reform as delivering on three promises — a promise to include everyone, a promise to help staff and students feel that they belong and a promise that everyone will learn.

Audra Zuckerman is co-founder of The IDEAL School of Manhattan, New York. She’s often asked how inclusion benefits all students.

“Inclusion allows us to offer additional enhancements to our program, such as having two head teachers — a general and special educator working together as a team — in each classroom, and an individualized curriculum for every single student, which benefits all learners.

“Additionally, all students benefit from being in a truly diverse community, our social justice curriculum, and the strong identity work that is incorporated into our curriculum, and students with this unique educational background are more prepared to succeed in a global and diverse workplace.”

Read more about The IDEAL School of Manhattan >>

Angie Bergeson is head of The IDEAL School and addresses the Wall Street Journal column directly. “[The author] seems more concerned about money than people… . This country needs to prioritize education, rather than create divisive conversations like this one about how much of a drain students with special needs are on our education system.”

The author’s piece has one benefit — it renewed any waning passion among parents who know we need to keep speaking up about the benefits of inclusion for everyone, lest anyone be tempted to forget or ignore the issue.