Stacy was expecting her third baby, but she and her husband weren’t prepared for how quickly little Conley entered the world. Her all-natural, VBAC birth is a memorable story. 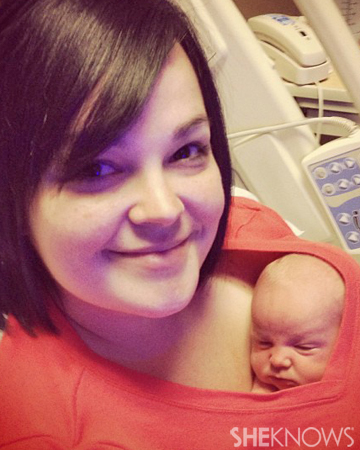 Stacy and Gary live in Texas with their super-cute brood of three — and as with all children, each one is a little different in their own special way. This rang true for Stacy’s births too — her first was born via C-section, her second was a vaginal birth after C-section (VBAC) and her third was a VBAC too. However, their little boy surprised them by arriving a little early — and very, very fast. This is Stacy’s story.

“All my life I longed to be a mom,” Stacy remembered. “When my parents would ask me what I wanted to be when I grew up, I would always say, ‘I want to be a mommy.’” 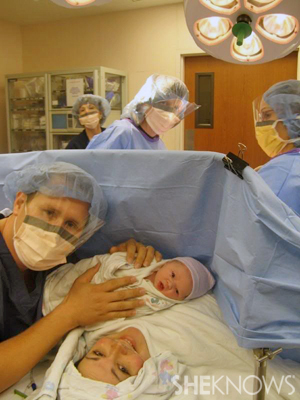 After a beautiful wedding, Stacy and Gary became pregnant on their honeymoon, and she was on her way to being a mom for the first time.

Her pregnancy wasn’t without complications. She was diagnosed with gestational diabetes and was on insulin twice a day. As her due date approached, her obstetrician began talking about how gestational diabetes can lead to a large baby, and Stacy agreed to an induction on her due date. “After all, my mom and two of my sisters had been induced (more than once), and had completely normal births,” she said. “Why would I be different?'”

Unfortunately, it didn’t go as planned. Her amniotic sac was ruptured a few hours after cervical ripening gel was applied, and her baby, Emily, wound up in an odd position. She made it to 10 centimeters, but she was unable to push her past her pubic bone and the baby began experiencing decelerations — so off to the OR she went. After her birth, she experienced severe postpartum depression and didn’t have a good breastfeeding experience. “I didn’t realize then what kind of impact her birth would have on me, and how I vowed to never go through that again,” she told us.

Still, she was ecstatic to be a mom. 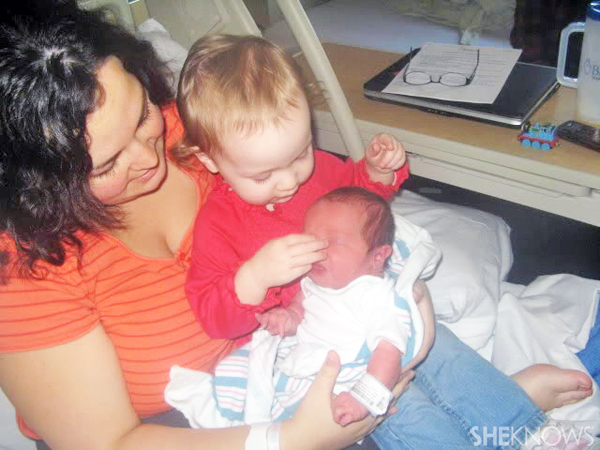 Her second pregnancy was a surprise — a welcome one. “I said from the beginning that I would have a repeat C-section,” she explained. “It was just the easiest way, I had heard.” But as her due date drew nearer, she began to become nervous for another surgery. Diagnosed with gestational diabetes again, she made a compromise with her physician — they would schedule a repeat C-section for when she was 39 weeks. Although she didn’t want another surgical delivery, she made peace with it, especially since they discovered the baby was transverse.

However, when she was 38 weeks, 3 days, she began having regular contractions. Going into the hospital to be checked, she found out she was 2 centimeters dilated — and the baby was still transverse. The doctor said that she’d come back in a couple hours to check her again and if there was change, they’d prep the OR.

After a little while, her contractions increased, she was at 4 centimeters and the OB on call said (after talking with Stacy’s nurse) that instead of going for a C-section, she could try for a VBAC. They were going to try to flip the baby from the outside (called an external version), but after an epidural was administered, they discovered the baby was now head down. “No version needed!” she said. “I couldn’t believe it.”

Her labor was painful despite the epidural, but it progressed nicely. Soon, she was ready to deliver her baby — it was show time. The staff around her had so much confidence in her that she felt strong and encouraged as she started to push. Pushing went on for just a short bit before Chloe made her appearance. “They told me to quit pushing because her head shot out of me,” she remembered. “They delivered her shoulders then pulled her out. The feeling of her coming out was unbelievable. It was like a total release of pressure. It was amazing.”

Up next: More about Stacy’s birth story >>

19 hrs ago
by Sabrina Rojas Weiss