While part of the fun of taking your kids through your neighborhood on Halloween is visiting your neighbors, knowing your youngsters will be safe while trick or treating is better than a king-sized candy bar. 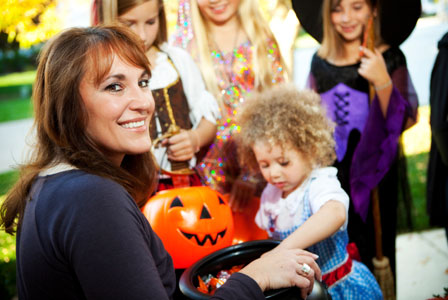 Before you and your kids take on the witching hour with pail in hand, sink your teeth into the results of Zillow.com‘s 2013 list of top 20 best cities for trick or treating.

Zillow’s trick-or-treat list features the top five neighborhoods in each of the cities you’ll want to include on your candy collecting route on Halloween night. The real estate data site took their “zillions” of data points for 2013 and tagged the top 20 cities based on median home value, crime data, walk score and population density. To further sweeten the pot, they then sorted out the top five neighborhoods in each city.

While San Francisco tops Zillow’s trick-or-treat list, your Halloween night candy count won’t be too shabby even if you saunter through the list’s 20th best city — Baltimore. So, did your city make the list? Check out Zillow’s top 20 list for 2013 below:

Check out more of the best cities for trick or treating >>