There will come a day when your child won’t nap, and soon naps become fewer and farther between. If you’re like most moms, you look forward to these days — with dread. Here are a few ideas on how to cope with no more naps. 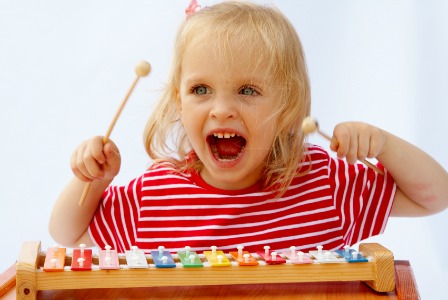 Your baby probably settled into a nap routine within a few weeks after birth, and you soon began to count on those naps. You would nap yourself, do a little cleaning, or sit and relax with a book or a show. As your baby grew, however, naps would drop off one by one until you had one nap standing — and now that your baby is a toddler or a preschooler, that one is threatening to go bye-bye. How will you cope? These moms shared how they got through the no-nap phase.

Moms really come to count on nap time, so when a day or two passes and your kiddo hasn’t gone off to slumberland on the usual schedule, you may start to panic. Charlene is a mom of two kids close in age and when her daughter gave up naps at an early age, it wasn’t much fun for any of them. “She was still tired and needed naps, so come early evening she was a wreck,” she remembered. “I had an almost-1-year-old too, which — let me tell you — you really need a break with a 1- and 2-year-old all day.”

Heather from Indiana reported a similar situation. “Archer gave up naps at 13 months,” she told us. “He has always been a poor sleeper and struggling to get him to sleep twice a day was exhausting.”

Moms who have noticed that their kids simply aren’t nodding off at their regularly-scheduled nap time realized they had a choice to make — try and force the issue with a child who clearly no longer needs a nap, or embrace this new phase of life. Leah, mom of one, realized exactly that when her daughter gave up naps at 18 months. “I resisted at first, but then I remembered that even though she’s a kiddo, she knows what her body needs,” she explained. “I would hate to be forced to sleep if I wasn’t tired.”

That’s what Shelly, mom of two, also learned. “They both gave them up at around 18 months,” she said. “With Lily I tried to force her, but then had the ‘pick your battles’ epiphany and promptly gave up. With Dolly I didn’t bother trying.”

Other moms reported that no matter what age their child gave up naps, they often utilized a quiet period in the afternoon so everyone could relax and recharge. “Lyra is almost 4 and seems to be phasing out naps,” said Vicki, mom of two. “She still naps at day care, but she won’t nap at home on the weekends. I do enforce a quiet time. Olive naps, and Lyra colors or reads books, because I need a time-out.”

Lisa’s son stopped napping shortly before his fourth birthday, and she encourages quiet time depending on what’s going on that day. “I enforce quiet time on the days I think he could really use it — when he’s overstimulated or hasn’t slept well the night before,” she explained.

The biggest benefit to “no more naps” is a better bedtime across the board. “My 3 1/2-year-old wasn’t ready to give up naps but I was done with a ridiculous bedtime,” explained Jessica, mom of two. “He had gone from his usual 8 p.m. routine to 10 p.m. craziness! Everyone I talked to insisted I try no naps, which seemed absurd as I was dealing with a new baby and ‘I’ needed nap time. I can’t deny that it worked! [Now it’s] 7 p.m. bed, 7 a.m. wake!”

Moms are the real experts in the realm of nap time. While it is hard when your child gives up their last nap, enforcing quiet time can often really help you get over the afternoon bump — and you’ll probably enjoy an easier bedtime, too.

The Real Secrets Behind Successful Potty-Training