As soon as our daughter Meg was able to express her feelings and interests clearly, around age four, she gravitated towards activities and toys that most people would consider being for boys — from superheroes to pirates — and has even made exclusively male friends over the past two years. 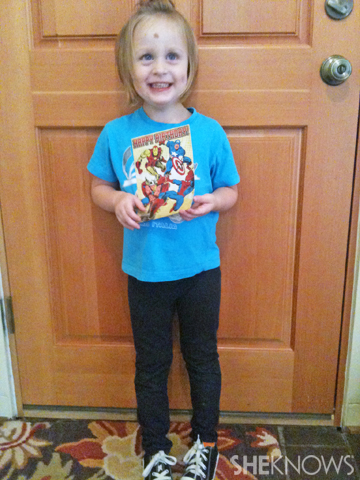 While I’m not convinced that she feels as if she is a boy, more than a girl, helping her manage what other kids think of her choices and holding her hand as she figures out who she is has been an interesting part of raising this little girl. 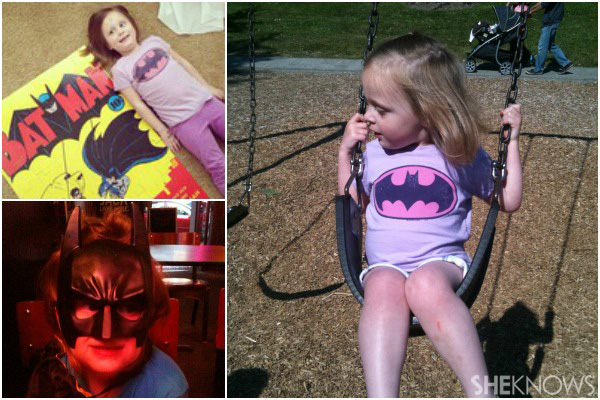 You might assume that Meg is a tomboy, but I can’t say that the word describes her well. She’s not a girl who does “boy things” as a girl. It’s not just that she’s a girl who wants to skateboard or who hates the color pink. It feels deeper than that for Meg.

Having a child who seems to relate more to the other gender can be tricky to come to terms with. We’ve never been parents who pushed being a girl on either of our girls. Despite their mostly pink wardrobes as babies, we tried hard to let our older daughter, Meg’s sister Janie, lead when it came to what she played with and how she used her imagination. But, while Janie naturally gravitated towards all things girl, as Meg became old enough to show preferences in what she wore, what she played with and who she played with, she strongly gravitated towards all things boy. I had to tuck away all of the dresses that I kept from Janie’s hand-me-downs, as Meg would only wear pants and T-shirts from the boy’s department. She was hooked on Batman and superheroes from the moment she knew they existed and buddied up with the little boys in her life, rather than their sisters.

Over the past few years, in preschool, Meg has struggled with finding her place with her classmates, which has been the biggest concern for us. As she moves in and out of the world of girls and boys, I can see how it could be confusing to her classmates, many of whom are starting to plant their feet firmly in their own gender identity.

Even looking around her pre-K class last year, it was clear to see the lines drawn in the pink and blue sand — the boys are zooming around the classroom with carefully crafted jets and spaceships and the girls were clad in plastic kitten heels, fixing their 10th “birthday cake” of the day (a recipe they found on Pinterest, no doubt). Meg, on the other hand, seemed to go back and forth between wanting to be a girl and wanting to be a boy — not just wanting to play with the boys one day and the girls another, but wanting to be a boy one day and a girl another.

In Meg’s mind, it seemed perfectly clear and she didn’t often seem to waver from whatever gender she decided she would be that day or week. But, for her young classmates, it was hard to keep up — was she hanging with the boys today? Or jumping in with the girls? Not surprisingly, the boys didn’t mind when Meg wanted to play — the door always seemed open and their judgment withheld. On the other hand, the girls seemed to push Meg away easier, shunning her when she did want to be a girl. They closed the door on her the moment she started playing with the boys and refused to open it again, which was heartbreaking to watch and help Meg through.

Keeping her safe now… and in the future

It’s been interesting to watch Meg move through her decision to find her gender as she’s gotten older, especially in the past year and now that she’s started kindergarten. While she’s certainly starting to gravitate towards being a girl, there are times when I worry that she’s doing so to try to fit a mold that’s expected of her or to create a closer bond with her big sister. We try our best to let Meg lead when it comes to decisions about what she wants to play with, the activities she does and the friends she has, but the rest of the world sees that she is a girl and automatically treats her as if she is one.

While I’m not certain what the future holds for Meg, I know that more than anything, we want her to feel loved and supported, unconditionally. I wish that I had a solution to the challenges that she may face as she figures out who she wants to be — not just as a male or a female, but in all aspects of her life — and I have faith that as she gets older and our world becomes more open-minded, she’ll be able to be the person who is truly in her heart, without holding back. Without holding back one little bit.