What is the guideline for parental nudity? Your baby won’t remember you dressing in front of him, but your kindergartner might. We chat with experts to find out if and when you should lock the door. 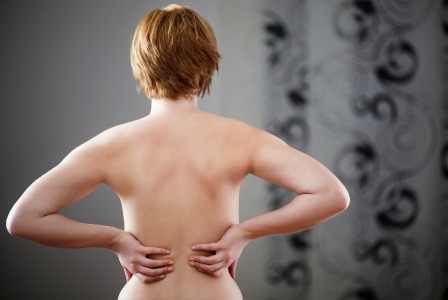 When your child is a baby, you don’t think twice about dressing or bathing in front of him. When he gets a little older, however, you will start to wonder if you should still be parading around nude or not.

Carole Lieberman, M.D., psychiatrist and author, told us that she suggests easy guidelines for deciding when to cover up. “Whether and when it’s okay for kids to see their parents naked depends upon their psychosexual stage of development, and is different for same-sex or opposite-sex children and parents,” she shared.

Have you heard of the tragic play, Oedipus Rex, written by Sophocles and first performed around 400 BCE? It describes a prophecy where a king’s son will kill his father and sleep with and wed his mother. The prophecy comes true despite the great measures the king and queen took to prevent it, and the name Oedipus has lent itself to describe a certain phase of early childhood.

She recommends, then, that parents begin covering up at around age 3 if their child is of the opposite sex, but you can take cues from your kids if they are the same sex. “Parents can allow their children of the same sex to see them naked into adulthood, when it is appropriate, such as in spa steam rooms, dressing rooms if you’re trying on bathing suits, or similar situations,” she said. “It is more about what parents and their children of the same sex are comfortable with, and there can be much more latitude.”

If you are breastfeeding a baby (or, for that matter, still nursing a 3-year-old child), you will often find it easier to relax your notions of nudity. Older children can actually benefit from seeing mom using her breasts for their intended purpose. It will help normalize breastfeeding for them and can lead them to being more open to it when they (or their wives) have children of their own. Seeing another mother nursing in public will be “no big deal” to them, which is priceless.

You can also focus on taking cues from your children instead of deciding on an arbitrary cutoff point for Mom and Dad’s nudity.

“If your child is becoming more modest about their own bodies, it might be time to think about covering up,” shared Kim Estes, child safety expert and founder of Savvy Parents Safe Kids.

“If either party (parent or child) starts to become uncomfortable with being naked in front of each other, then cover up. And if your child expresses embarrassment about you being nude, then cover up!”

She emphasized that even parents with kids who are comfortable with nudity should take time to teach them about safety and personal space for situations outside of the family home. “If nudity is not an issue in your house, you still need to set healthy boundaries with your kids,” she told us. “Let them know that it is not OK for other adults (or older kids) outside of your immediate family to show their ‘bathing suit areas’ to them. Nobody should be asking the child to show their bathing suit areas to them as well.”

Most moms start covering up around their sons at around age 3 or 4 — same for dads and their daughters. But it’s important to take your child’s cues seriously and respect their feelings, and give them an education on nudity at the same time. If everyone involved is comfortable, however, then it’s less of a big deal, and some parents and kids feel fine being naked at home. Just remember to not answer the door that way!

Your looks don’t dictate how you parent
Single mom no more: Parenting with a partner
Outnumbered: Going from two kids to three

12 hrs ago
by Jennifer Audrie