It’s one of the most commonly held beliefs about parenting little ones: the terrible twos. Yet for many parents, the year their child turned 3 was the hardest challenge ever. What’s going on developmentally during the threes that makes this a time of challenge and tears — and why might 3 be the new 2?

Many moms say 3-year-olds are harder

It’s one of the most commonly held beliefs about parenting little ones: the terrible twos. Yet for many parents, the year their child turned 3 was the hardest challenge ever. What’s going on developmentally during the threes that makes this a time of challenge and tears — and why might 3 be the new 2? 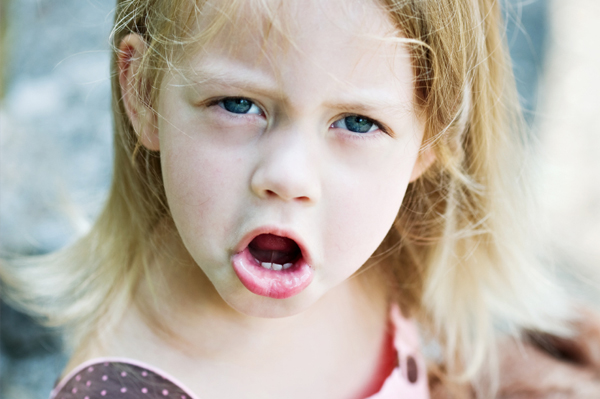 Parenting toddlers and preschoolers can be a bit of a roller coaster ride. One moment they are learning a new skill and are so proud of themselves — and the next moment they are in tears. Your child is changing faster at this point in her life than you can imagine, and it’s hard to keep up. So why does it seem that 3-year-olds are even harder to figure out than those terrible twos?

Huge gains in language and cognitive skills are happening at this age. Almost overnight, your child adds words and phrases to his vocabulary. Three-year-olds speak in sentences of five to six words and often enjoy telling stories — to anyone who will listen. And believe it or not, some of these newfound verbal skills are exactly what makes these children challenging.

“Today, the phrase should be ‘terrible threes,'” says Dr. Fran Walfish, Psy.D., a child and family psychotherapist and author of The Self-Aware Parent. “The reason the threes are harder than the twos is that 3-year-olds are smarter, physically larger and more determined — with a higher level of language development.”

The American Academy of Pediatrics lists the following developmental milestones as being characteristic of this age:

Take all of these physical, social and cognitive skills and roll them up into one little body, and you’ve got a recipe for parenting challenges.

One mom we spoke to remembers the time when her son was 3 years old as being particularly trying.

“It was like the terrible 2-year-old, all grown up,” she says. “Not only was he willful and demanding, but he also had the verbal ability to argue and tell me why he wanted to do/say/try something. There was lots of discussion and negotiation during that time.”

Galit Breen, a writer and mother of three, says, “Oh, the threes. By 3, my kids had found their voice, their independence and their freedom. Most importantly, they had figured out that they could say no and that ‘I can do it myself,’ wasn’t just lip service!”

Breen remembers that while there was so much they could do on their own, when they actually did need help, it didn’t go over well.

“I think it was their first (of many) betwixt-and-between ages — not so little anymore, but not quite big either!”

Taking the time — and having the patience — for them to complete tasks like tying shoes, brushing teeth or getting dressed by themselves goes a long way toward making things calmer for everyone.

“Three is when my kids really started to assert their independence and practice their reasoning skills,” remembers writer Angela Amman. “Better verbalization meant they were less likely to accept redirection, even when they were extremely frustrated.”

Amman does admit, though, that 3-year-olds are at a really fun age because of how developed their imagination has become.

“We loved our 2-year-old,” shares blogger Cam Bowman, mother of two. “It wasn’t until she turned three and started making her own set of rules that things became difficult. Our daughter started forming her own opinions, and reasoning with her became harder and harder.”

Bowman remembers that the challenges of negotiating and her toddlers’ heightened communication skills made her realize how smart children really are.

How big are your buttons?

Beth Proudfoot is a marriage and family therapist and parent educator, director of the Child & Family Counseling Group, Inc. and co-author of the audio book The Magic of Positive Parenting.

“Children at this age have a big hardwiring imperative to find ways that they can control and master… people, toys and the environment,” Proudfoot says. “If they find out they can push your buttons and some kind of very exciting thing ensues… well, that’s even more fun.”

It may seem that your previously angelic toddler is out to get you, but Proudfoot says this is not the case.

“They’re just too young to distinguish negative exciting from positive exciting,” she adds. “And they are compelled by their biological imperative to keep pushing that button.”

“The parents’ job, in this situation, is to set limits around button pushing in a really calm, boring way,” shares Proudfoot. “This is easy to say but hard to do, especially when they just go and find another of your buttons to push!

“Fortunately, this drama usually dissipates by age 4-1/2, which is a delightful age,” she adds.

Another hard part about this age? “They must practice wrestling with the experience of ‘delayed gratification’ dozens and dozens of times before they understand they can’t have instant gratification,” shares Dr. Walfish. “We do not expect a child to demonstrate and master delayed gratification until they are at least 4 years old.”

While teaching a child to wait for something takes time and patience, it will help both of you in the long run.

“The best way to respond is with empathic narration, which is talking out loud about what she wants and feels,” says Dr. Walfish. “You might say (in a genuinely empathic tone of voice), ‘You want the red ball, and right now Sally is holding it. It’s hard to wait for your turn.’ Watch your child’s intensity decrease. She may not calm down immediately, but you will see her come down a notch.”

Now is the time to offer alternatives, like another toy or just waiting quietly for a turn.

With a bit of patience — and a lot of talking — you may find that even though the threes can be more challenging, they are also pretty amazing.