In light of recent events — all of that twerking and whatnot — would you name your baby girl Miley? Or your baby boy Cyrus?

Related story Bode Miller & Morgan Beck Are Crowdsourcing Names for Their Newborn Daughter on Social Media: 'We Need Your Help' 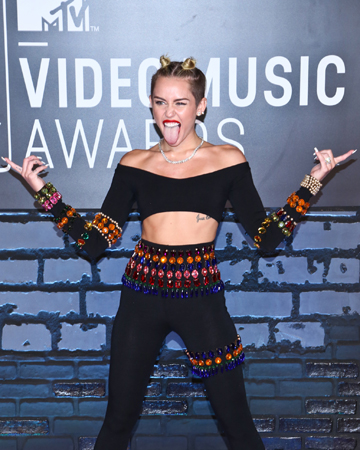 When a star goes down the wrong path, she takes her good name with her. Does it matter to you?

We are a forgiving, celebrity-obsessed society. Parents continue to name their babies Britney and Charlie no matter how badly Ms. Spears and Mr. Sheen have behaved. Try to look past the crazy antics of these stars gone wild, and consider their admirable names instead.