Breastfeeding can be challenging for any new mom, but these moms had mastectomies and were able to nurse their babies. Get inspired about nursing during Breast Cancer Awareness month and throughout the year. 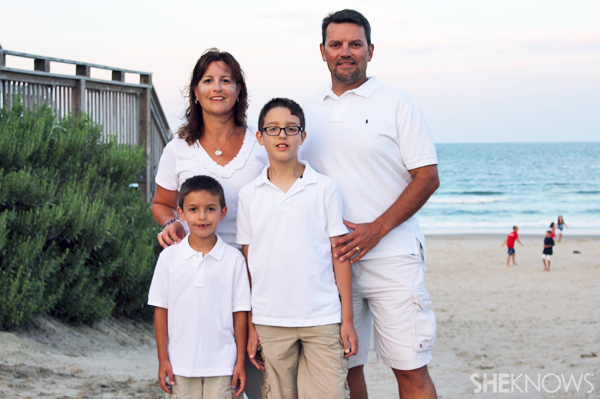 Rana says, “I have had primary breast cancer twice, one in each breast over a span of 13 years, one before children and one after. Miraculously, I was able to conceive, carry and deliver two healthy boys after chemo, which isn’t that common. I wasn’t able to nurse from the treated breast as the surgery — lumpectomy — destroyed the milk ducts, however the other breast worked just fine, until it developed cancer 11 years later.”

More about breastfeeding and medical conditions >>

Rana’s experience gave her — and others — hope. “I have privately counseled many pre-menopausal cancer-diagnosed women who have said that just seeing me be able to hurdle the odds has inspired them, even if their outcome was different than mine,” she says. “I am always humbled by these characterizations but know that I, too, am inspired by stories of hope.”

Breast cancer during pregnancy and breastfeeding after Baby’s birth 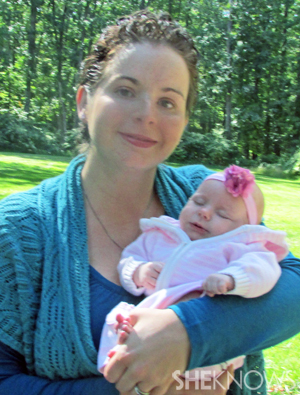 Kristin was diagnosed with breast cancer when she was 6 weeks pregnant with her third baby. She had a single mastectomy, chemotherapy until she was 34 weeks, yet still planned to breastfeed her daughter, Hannah, like she did for her two older kids.

“I was a little concerned I would not be able to produce enough,” she says. “I read chemo can affect production. Hannah was only 4 pounds 9 ounces at birth. I wanted to make sure she had all she needed to gain fast. She is a month old now and 6 pounds 10 ounces so she is gaining very fast. I do supplement with a little formula so she can get used to the taste. I will have to take tamoxifen in a few months because my cancer was hormone-positive and [I] cannot nurse while on it.”

Choosing to breastfeed after losing one breast may seem daunting with one baby. What about nursing twins after a mastectomy?

Sarah Chana, IBCLC, explains, “Some women have one breast that functions better than the other so many of my clients exclusively breastfeed on one breast during their child’s entire breastfeeding experience. So, if a cancer survivor has an intact breast and becomes pregnant then there is no reason she cannot breastfeed. When a woman has twins she also often only uses one breast at a time.” 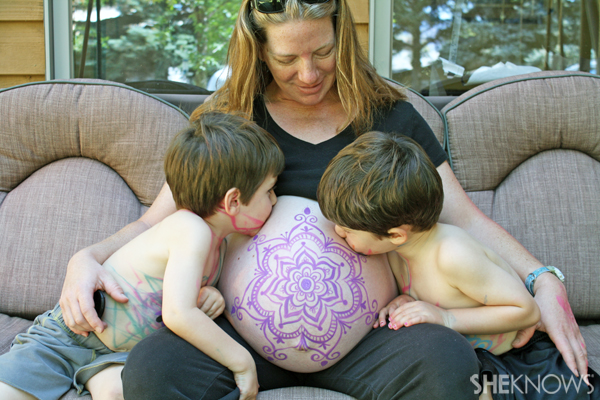 Heather had a single mastectomy before she gave birth to twins. There wasn’t much information available about breastfeeding after mastectomy, but she was committed to nursing. It wasn’t always easy, but together with her doctors and lactation consultants she pumped, took medication to increase her milk supply, and supplemented for the first three months. Then she breastfed her twins without needing formula for over three years, and had another baby who nursed well from the start.  “If I hadn’t been this determined, I don’t think it would have worked out as well,” she says.

Heather wanted to help other moms in similar situations, so she gathered information about breastfeeding her twins with only one breast that her lactation consultants published in a medical journal. One of those consultants, Allyson Michaels, RN, IBCLC, says breast cancer survivors should believe in their bodies.

>”A woman may feel betrayed by her body after having had cancer,” she says. “She may feel that her other breast may not work after [the] course of treatment. For many women, breastfeeding after cancer is a way to claim their body back, to do something right with their breasts, to regain their womanhood, to show that cancer did not beat them.”

Choosing to breastfeed after breast cancer

Talk to your doctor about your options, especially if you plan to get pregnant and are even just thinking a little bit about breastfeeding.

Heather’s advice? “If you’re considering double mastectomy just prophylactically on the side you don’t have cancer, consider the possibility of how important it is to you to breastfeed for whatever reason.”

She knows how challenging it can be, and wants moms to choose what’s right for them and stresses the importance of a supportive team. “If it’s really important to you, it’s possible with a lot of work and a lot of support from your helpers or partner. It is possible if you work hard at it,” she says.

Kristin also encourages moms who had breast cancer to make feeding choices they’re most comfortable with. “Do what is best for you and your baby. Don’t feel bad if you chose not to nurse or are unable to,” she says. “The stress from cancer and a mastectomy can really take a toll on your body and mind. If it is something you want to do, don’t let anyone stop you or tell you not to try. Cancer takes enough away from us — so enjoy every normal experience and live every moment to the fullest.”

10 hrs ago
by Raven Snook

10 hrs ago
by Eugenia Miranda Richman