Many celebrities are choosing to not make a big baby announcement, instead keeping their baby name a secret. From Anna Paquin’s twin baby names to Penelope Cruz’s new baby boy (and many more!), we did some digging and found out top secret celebrity baby names. 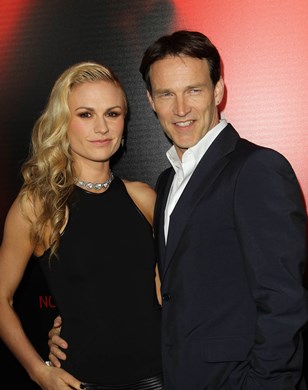 True Blood couple Anna Paquin (AKA Sookie Stackhouse) and Stephen Moyer (AKA Bill Compton) couldn’t hide the fact she was pregnant with twins, but kept the rest of her baby news — including the baby names — top secret for nine months! In fact, Sookie and Bill even kept the sex of the babies (one boy and one girl) under wraps for quite a while after the babies were born.

The cute couple did reveal the baby names, but not in your typical Hollywood press release or tweet. Moyer casually let the names of their 9-month-old twins out this summer during a press event for True Blood Season 6 when he told E! News he planned on spending Father’s Day “hanging out with Charlie and Poppy.”

Adele chose to keep her baby name secret for quite a while, telling reporters that she “wasn’t ready” to reveal his name and said that she refers to him as “little peanut.”

The Grammy-award winning singer, who gave birth last year, never made an official announcement, but was instead spotted wearing a gold necklace that said “Angelo.”

A source later confirmed Angelo’s full name to The Sun.

“They’ve called him Angelo James. What a lovely name,” the source said. “They wanted to keep their choice quiet until they were ready, and wearing the necklace suggests she is now. It is only a name.” 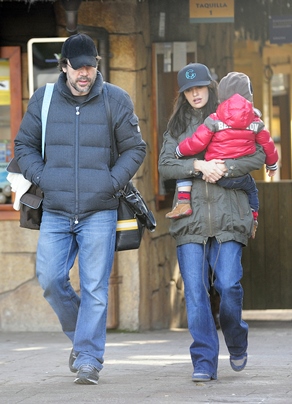 Penelope Cruz and her husband Javier Bardem quietly gave birth to their second child on July 22, 2013. If that date sounds familiar to you, it is because that is the day that Prince George was born to Kate Middleton and Prince William. If you are trying to keep your baby under the radar, that is one way to do it!

The famously private couple didn’t announce the baby name or any other details, however the Spanish magazine Vanitatis reported the baby name was registered in Madrid’s central registrar office as Luna Encinas Cruz.

Luna is Spanish for Moon, while Encinas is Bardem’s first surname.

Cruz and Bardem also have a son, 2-year-old Leonardo.

Sarah Michelle Gellar and her husband Freddie Prinze Jr. kept the name of their baby boy a secret for three months after he was born.

The couple, who have a 3-year-old daughter named Charlotte, kept their son out of the spotlight until they were ready to reveal his name as Rocky James. No word on the meaning behind the unique moniker, but perhaps they are boxing fans? 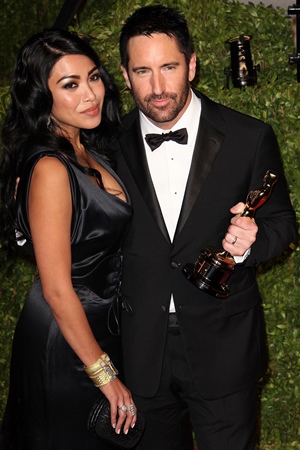 Nine Inch Nails’ rocker Trent Reznor keeps his private life under wraps, so it is no surprise that many fans may not know that not only is he married, but he has two sons!

Reznor married Mariqueen Maandig, who was lead singer for the band How to Destroy Angels. She and Reznor tied the knot in 2009 and they had their first son, Lazarus Echo, in October 2010. They wasted no time in having their second child, as their son Balthazar was born on Dec. 31, 2011.

Although Reznor doesn’t share much about his sons, Mariqueen recently tweeted this little nugget:

“Watching my kids dance wildly while watching their dad perform for the first time and wiping tears of joy from my face,” she wrote.

Natalie Portman and her husband Benjamin Millepied met very publicly on the set of Black Swan, but the couple kept the rest of their personal life quite private.

Portman and Millepied welcomed their son last June, but never officially announced the name of their baby boy. People.com revealed that the baby’s name is Aleph, which is the first letter of the Hebrew alphabet. Portman has yet to speak out about her adorable baby boy!

Next up: Find out the names of Lil Wayne’s four kids, as well as which celebrity named their son Rocket Man