Your little lady wants to be Batman. Your son is drawn to witch’s gear. When do gender-appropriate costumes come into play, and does it ever really matter with Halloween? Do some people make too big of a deal about gender roles on October 31? 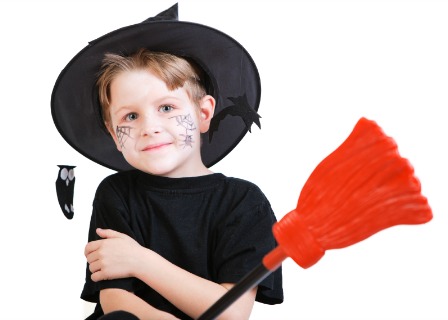 Your daughter may adore all things Alice in Wonderland, but perhaps it’s the Mad Hatter who mostly gets her love — is it such a bad thing to dress her in a top hat and checkered pants and put a teacup in her hand?

Mary, mom of two girls, said, “My daughter dressed as a male for several years running. Never bothered me a bit!” Not every parent finds it easy to be indifferent and supportive, but there can be consequences to discouraging your child’s costume choice, and there are plenty of considerations to weigh before you broach the subject of altering that all-important Halloween costume decision.

These days, the biggest costume worry for Halloween might be whether your daughter wants to wear one of those awful, tight, revealing get-ups (because, let’s face it, those costumes are available for toddlers to teens). 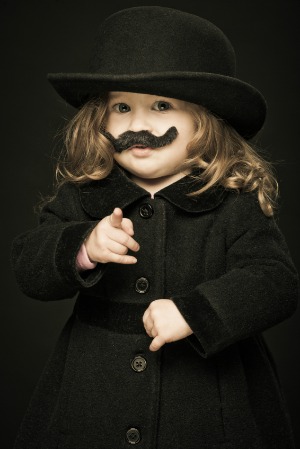 But when you believe your child’s wish to dress in a costume typically assigned to the other gender could be detrimental to her development — or that others’ reactions to her costume could just flat-out ruin your kid’s Halloween — you have to decide how you’re going to address the situation.

“A child might get teased for a costume choice. Although it is important to allow a child to explore different roles, it is also important to live in a world with certain social realities,” explains Dr. Lawrence J. Levy, a licensed psychologist in Boca Raton, Florida. “Children learn values and how to make independent decisions best by having a conversation where ideas and feelings are explored rather than just merely being ordered and commanded by their parents.” When it’s not a good idea for a boy to dress up as a ballerina, discouraging a child from making a choice like that is best done through teaching and discussion rather than from harshness or commands, says Levy. The ultimate goal is help your child have confidence, rather than demean him.

Girls can be tomboys, but what can boys be?

“Men and women seem to feel very threatened by men who are feminine. It is strange because in Shakespeare’s time, female roles were played by men. I suspect that we humans like to put things in categories and boxes — male-female, up-down, dark-light, big-little — and when something or someone doesn’t fit a neat category it causes some people anxiety,” says Levy.

“A boy who dresses in a feminine costume won’t necessarily turn gay, be weak or be a transsexual because he dressed up like a girl. When I lived in Boston, on Halloween, I would see tough, burly guys with facial hair who were straight dress in women’s dresses… Sometimes, Halloween is the safe place where someone can experiment with gender role.”

Ultimately, costumes and dress-up are about playing and experimenting. “Gender-bending costumes pose no risk upon future development,” Levy assures. After all, many cultures have reversal holidays that celebrate a sort of defiance of typical roles, very similar to Halloween.

“Sometimes, it’s about allowing a child to play a hero or assume the role of somebody powerful, like Spiderman or Superman. Sometimes, it is about expressing a part of themselves that they cannot express every day. The most intense, rough biker also has a sensitive, feminine aspect,” says Levy.

One day or night allows for a release of energy and the opportunity to express part of our personality that is usually hidden, while also reminding us that order and conventional roles do serve a purpose. And this kind of behavior is good for children and adults, whatever your Halloween costume choice.