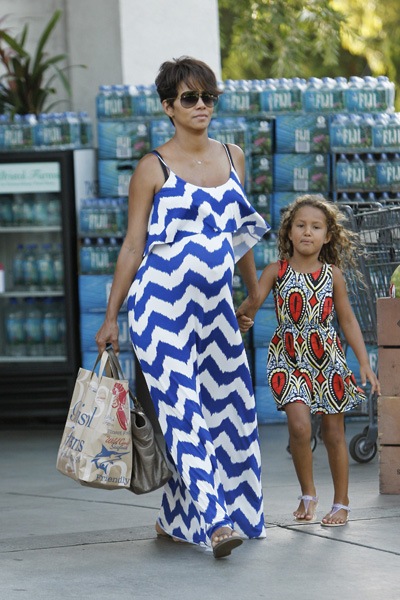 Berry and her husband, Olivier Martinez, are expecting their first child (a boy) together.

The actress reprised her role as Storm in the movie X-Men: Days of Future Past, however admitted that her pregnancy was a challenge!

“My ever-growing belly was posing a constant challenge!“ she told Total Film magazine. “What I could do was getting more limited, so the role I play is so different from what it could have been, due to my surprise pregnancy.“

She also hinted what was the secret to her ageless body. “There’s no secret, I’ve just lived a healthy lifestyle,“ she told the magazine. “I only work out like three times a week, 30 minutes a pop. That and good clean living. As I’m getting older it’s just paying off.“

Berry also said that she has learned to keep her stress at a minimum. “As I’ve grown older I’ve really learned, out of necessity, the importance of leaving work at work. Bringing home half of the things that I get asked to do in the film world is really detrimental to my private life — especially now that I have children,“ she said. “I have to come home and I have to be Mom, and I have to be the same person I was when I left.“