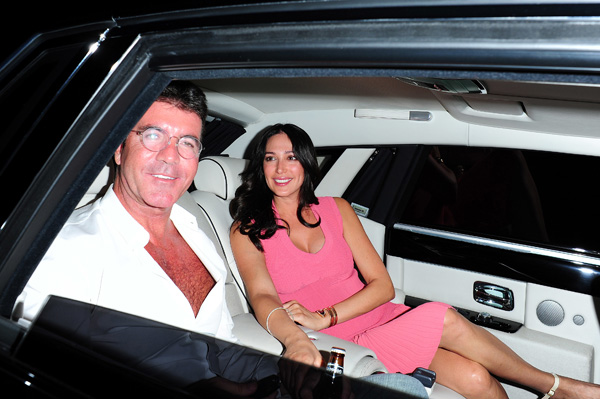 “I feel very paternal right now. So I am very happy,” Cowell, 53, told The Times of London.

So does this mean a kinder and gentler Cowell? ”I can assure you. I won’t go soft,” he told the newspaper.

He said he did recently see the ultrasound of his baby (they are having a boy!) and described the experience as “surreal.”

“You literally see this thing which is now alive moving around,” he said.

The former American Idol judge told Neil Fox of Magic FM that he is embracing this next stage in his life.

“It was a surprise initially and some of the circumstances around this were very uncomfortable to say the least, but it happened and she’s an incredible girl,” Cowell revealed. ”Then once I got used to the idea that I was going to be a dad, then I was really happy.”

Next up: Pregnant Halle Berry wears yet another gorgeous maternity dress