Everyone’s signing their little ones up for cute team sports — should you follow along? While it’s fun to watch pint-sized soccer players pick daisies on the field, does it really help them prepare for athletics as an older child? 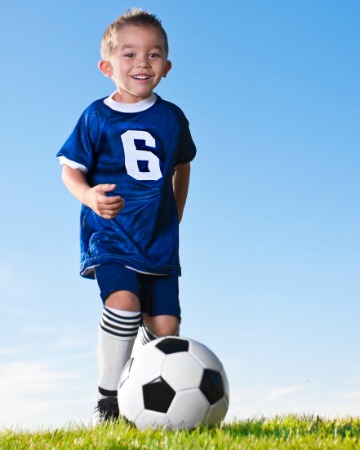 We found out why you might take a pass on team sports for your preschooler — or sign them up right now.

Youth sports are a great way for kids to learn teamwork, become more physically fit and work on their large motor skills. But is it really a good idea to start preschool-aged kids on team sports so young? We asked two experts to weigh in on whether youth sports for the under-5 crowd were a good idea — or a waste of time.

If you have ever watched a soccer game between two teams of 4-year-olds, you know — there isn’t a lot of working together that goes on. They tend to swarm the ball in groups, everyone trying to get a little bit of cleat-to-ball contact. Seriously cute to watch, but are they really gaining skills? Frank J. Sileo, Ph.D., is a New Jersey licensed psychologist and author of four children’s books. He says these young teammates are gaining valuable life skills.

“I do think that it is OK for preschoolers to play organized sports,” he shares. “At this age, we should be focusing on teaching skills like making friends, sharing and sportsmanship to name a few.” Sileo’s latest book, Sally Sore Loser: A Story about Winning and Losing contains an extensive Note to Parents section on how to foster good sportsmanship in children. When the main focus isn’t on winning games or perfecting techniques, the benefits of extra socialization extend into your child’s everyday life by helping him learn to be a bit more aware of others.

Dr. Hilary Levey Friedman, Harvard sociologist and author of Playing to Win: Raising Children in a Competitive Culture feels that there are benefits as well. “Like preschool the benefits include being around other children and learning to follow rules,” she says. “Separation from parents and seeing other adults as authority figures is also a component.”

Why start so young?

Many parents these days can’t remember youth sports even being available when they were 4 years old. We wondered if starting sports at a young age was a relatively new trend. 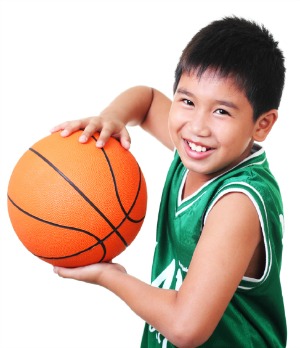 “Along with so many varieties of infant enrichment classes, the introduction of organized team sports for preschoolers is indeed a new phenomenon,” shares Friedman. “When I was researching the history of competitive after-school activities for my book, I learned that even organized team sports for elementary-age kids are relatively new,” she says, referring to team sports like basketball (run by the AAU) and not a sport like baseball (run by Little League). “The introduction really started in the 1970s and the variety and level of competition exploded in the 1990s,” she adds.

Interest in soccer teams for the very young took off in more recent years, with organizations such as Super Soccer Stars that are geared toward younger players. “A sport like soccer is more amenable to the preschool set because it doesn’t involve specialized skills like hitting a ball,” says Friedman. “For soccer you only need to be able to run — and not always in the same direction, if you have ever seen a group of kids this age play!” Dance classes and mini-gymnastics groups have existed for the younger crowd for years, but true team sports are a relatively newer addition.

So, you’ve decided to let your preschooler try a team sport — but which one? Rather than just sign her up for the sport all her friends are trying, think about what she loves. If your 4-year-old isn’t a fan of running, soccer won’t be her first choice. “For a team sport at this age soccer is certainly the best option, followed by T-ball as kids get a bit older,” says Friedman. “Soccer certainly is the ‘easiest’ team sport for kids this age to grasp,” she adds. Many parents have encouraged their younger children to turn their swimming lessons into a sporting activity, although most swimming events are more of an individual sport.

What do you think? Do your preschool-aged kids play any team sports?

More on sports and kids

Overuse injuries in youth sports
How far should you push kids at sports?
Should you pull your teen from the team?