How many times have you, as a parent, heard the words, “Mom, I’m bored!”? It seems repeatedly exclaiming these three little words is just a part of childhood, but can boredom be a gateway to destructive behavior? 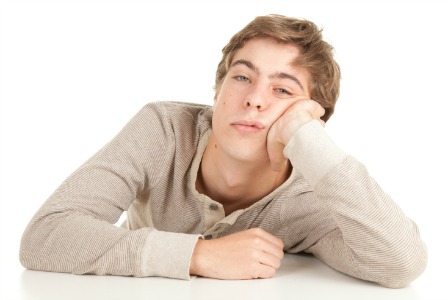 If you have paid attention to the news lately, you have probably asked yourself this poignant question.

The recent murder of a young Australian baseball player, Christopher Lane, in Oklahoma has left parents pondering their views about boredom. A popular school of thought has framed boredom as a potentially positive childhood experience — after all, bored kids are sometimes forced to be creative and resourceful. But given the fact that at least one of the suspects claimed “boredom” as the motivation behind this senseless act of extreme violence, should parents make entertaining their children a priority?

There’s no question that the tragic events in Oklahoma are heart wrenching but the whole story begs the bigger question: Is boredom a legitimate motive for violence? “Boredom is never a motive in psychologically and emotionally healthy people to commit violence and murder,” says Dr. Fran Walfish, child and family psychotherapist and author of The Self-Aware Parent. “The teen killers [in Oklahoma] may have been bored but that was not the impetus to kill Lane. Those teens are sociopaths with no remorse or conscience in their characters.” While it may not be a legitimate motive, this is not an isolated case of bored teens demonstrating alarmingly violent behavior. News crews have covered similar stories in recent years, each exposing a severe lack of judgment and a disturbing trend of narcissism.

Find out: Are you raising a narcissist? >>

Boredom is a part of life

Once upon a time, when society didn’t seem to spin so fast, boredom was considered an opportunity to explore, create and dream. But with the constant onslaught of pop culture and multi-media entertainment, our collective appreciation for boredom has imploded. Our culture promotes immediate gratification, which doesn’t merge easily with the concept of productive boredom. “The advancement of electronics and the economy forcing paychecks from two working parents who are not there during the daytime have increased kids’ complaints of boredom,” says Walfish. While widespread appreciation for boredom may be lacking in our world, it is still a part of life and kids must be taught to find entertainment in healthy, not destructive, ways.

Discover the art of letting kids be bored >>

Learn to be bored

All children experience boredom, but not all children learn how to deal with a lack of entertainment. Parents play an important role in teaching their kids to cope with boredom in healthy ways. “When children are as young as 15 months old, I recommend that moms set their toddlers on the floor surrounded by interesting toys,” says Walfish. “Mommy should sit and play with her child, and then go to the kitchen to make a cup of coffee. This not only provides an opportunity for the young child to experience separation but also allows your child to occupy himself without an attentive adult at all times.”

Once this life skill is developed, it’s equally important for parents to stay connected with their kids. Talk to them. Challenge their thinking. Bond with them. Ask questions. When parents take genuine interest in their kids, they are much less likely to have negative responses to boredom. There will probably be more “bored” kids committing violent acts in the future, but attentive and purposeful parenting could help eliminate such a potential in your own household.

Do you over-entertain your kids? >>

Read more about boredom and childhood

Remember when kids had time to get bored?
Tips for parents: Kids bored? Try these ideas
Tips for beating toy boredom