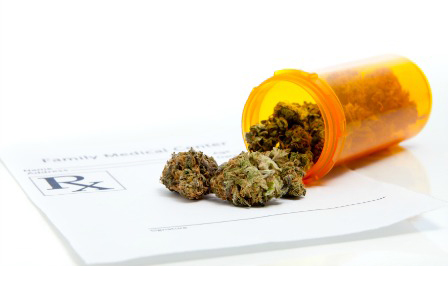 Nationwide, medical experts and parents debate the ethics and efficacy of MMJ.

Brian Wilson, whose daughter, Vivian, has a rare epileptic disorder called Dravet syndrome, says marijuana works wonders in controlling her debilitating seizures. Other parents agree and say politics shouldn’t play a role in how parents choose to care for their children.

Much has been reported about medicinal marijuana (MMJ) lately, beginning with an admission from CNN chief medical correspondent Dr. Sanjay Gupta, who wrote in an introduction to his documentary titled Weed, “We have been terribly and systematically misled for nearly 70 years in the United States, and I apologize for my own role in that.”

In his documentary, Dr. Gupta chronicles his global investigation into the pros and cons of MMJ. An example he uses of effective, justified MMJ use is that of Charlotte Fiji, a 7-year-old girl in Colorado who was diagnosed with Dravet syndrome when she was 2 1/2 years old.

The difference is that Charlotte and her family live in Colorado, where MMJ is legal. The Wilsons pleaded with Gov. Christie of New Jersey to allow MMJ in their state, as well.

Last week, Gov. Christie modified the New Jersey law to allow prescriptions of edible medical marijuana for children. Parents of children who qualify must obtain approval from two doctors, a pediatrician and a psychiatrist — at least one of who must be enrolled in the state’s programs.

Including New Jersey, 18 states — plus Washington, D.C. — allow use of MMJ. Some provide prescriptions to children, with parents’ supervision, for conditions ranging from autism to cancer to seizures.

But the American Academy of Pediatrics does not support the use of MMJ for children, and some prominent physicians back that stance.

Dr. Susan Levy is director of the Adolescent Substance Abuse Program at Children’s Hospital Boston and assistant professor of pediatrics at Harvard Medical School. In February 2013, Levy wrote a letter to the Massachusetts Department of Public Health outlining her concerns about medical marijuana use in children, as well as children’s exposure when adults accessed the marijuana.

One doctor’s response to Dr. Gupta

In an email to Dr. Sanjay Gupta at CNN, which Dr. Levy shared with SheKnows, she addressed the challenges faced by Charlotte Fiji’s parents in Colorado.

“I agree with just about everything said regarding cannabinoids. They clearly have therapeutic potential, and… for children like Charlotte, cannabidiol may be lifesaving.

Dr. Levy continued: “I also felt a little bit embarrassed for the profession of medicine… . I feel that as physicians we failed [Charlotte Fiji]. To think that her mother had to sift through plants at a marijuana dispensary, guess which one would be best, ask a friend to prepare a medication, guess at the dose, and tolerate giving a substance with so many unknowns is a shame. I hope we don’t reduce ourselves to practicing medicine like that.”

Dr. Levy was describing the efforts that led the Fiji family to the Realm of Caring Foundation in Colorado, a nonprofit that says it’s “the first of its kind to provide persons who seek [the use of concentrated medicinal cannabis oil (Realm oil)] alternative therapy and relief at a very low cost.”

Charlotte’s mother, Paige, shares the family’s story on the website, and CNN reported on Charlotte’s story, as well.

In Dr. Levy’s email to Dr. Gupta, she goes on to say, “For every child like [Charlotte Fiji] there are undoubtedly myriads more who have conditions that won’t benefit from marijuana use, and who may be harmed by it. I personally can’t imagine ever advising a patient to smoke any medication.”

The Dravet Syndrome Foundation (DSF), based in Connecticut, was established by parents of children with Dravet syndrome. “Dravet syndrome is a life-long, progressive, debilitating disease,” explains DSF executive director Mary Anne Meskis. “Children will not outgrow this condition and will never achieve seizure-freedom.

“Because of this, we are always interested in learning more about any new or alternative treatments that may bring some relief of symptoms to those with Dravet syndrome,” she adds.

Meskis points out that no one protocol exists to help children with Dravet syndrome, including medicinal marijuana. “That being said, DS [Dravet syndrome] is a complex disease and MMJ is not a cure,” adds Meskis.

For the Wilsons in New Jersey, one hurdle has been removed with Gov. Christie’s law modification, but others remain before they can treat their daughter as they wish.

“Even though it has been legalized in NJ, that does not mean that what these children need will be readily available to them in the near future,” Meskis says. “Most patients who use MMJ do so for pain relief, so plants with high THC are typically grown. Families will need to find a grower who can offer a plant with high CBD level and be able to offer a steady supply.”

Dr. Gupta responded to Dr. Levy’s email, thanking her for sharing her thoughts. He added, “This is indeed complicated, and I only hope that we shed some light on this, as opposed to confusing or worsening the situation.”

8 mins ago
by Ellen Niz