Do you love looking at candid celebrity mom selfies and snapshots that the stars post on Twitter and Instagram? We have rounded up the best pictures of the week, including a makeup-free Gwyneth Paltrow in a bikini, Beyonce’s new drastic haircut, Kourtney Kardashian on a motorcycle, Nicole Richie and her adorable daughter and a LeAnn Rimes vacation photo. 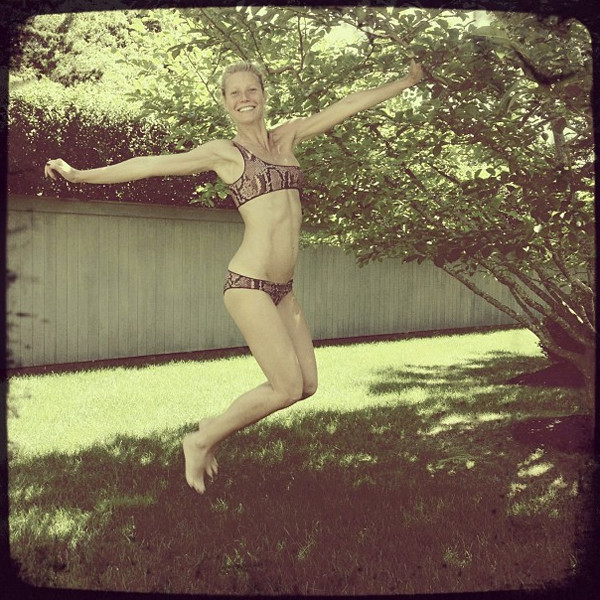 “Sexy lady in Stella swimwear! Summer never stop!” wrote designer Stella McCartney, who posted this picture on Instagram of her BFF Gwyneth Paltrow, who is jumping in the air while wearing her chic one-shoulder snakeskin bikini.

When she’s not jumping for joy in a bikini, the 40-year-old mom of two has been busy promoting her second cookbook, It’s All Good: Delicious, Easy Recipes That Will Make You Look Good and Feel Great. Judging by her bikini picture, I might need to whip up a few of those recipes.

It was the haircut heard around the world when Beyonce posted this photo on Instagram showing off her new pixie cut. Blue Ivy’s mom has always had long, flowing locks — however her recent run-in with a fan may have swayed her to cut it. Beyonce got her hair stuck in a fan while performing on stage during a concert in Canada. Being the true professional, she didn’t miss a beat and kept singing, however her security had to come over and untangle her. Ouch! 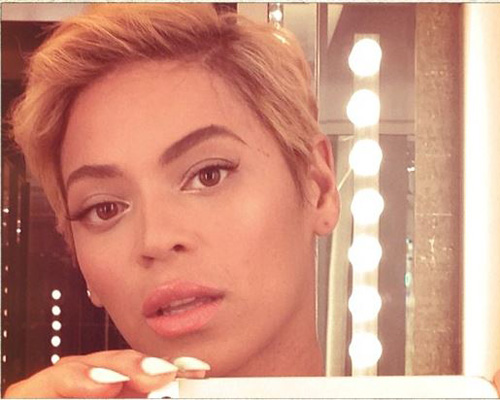 Not a fan of her cropped cut? She will probably have fresh extensions put in and will be back to long hair, like tomorrow.

Nicole Richie’s selfies and Instagram pics always look like something from a photo shoot. The mom of two recently posted this picture of her on a boat with her daughter Harlow while on a family vacation in Italy. Richie shows off her tanned body (and tramp stamp tattoo) in a tan bikini. 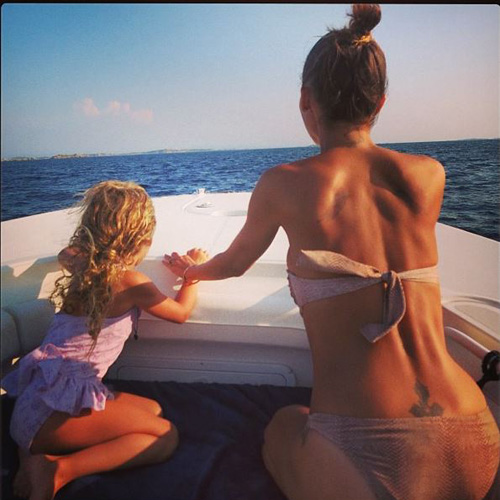 In the words of Nicole’s frenemy Paris Hilton, circa early 2000s — “That’s hot.”

Since the queen of selfies Kim Kardashian is taking a hiatus since giving birth to North West (Kanye West must have taken her phone away), we checked out Kourtney Kardashian’s snapshots to see what she is up to.

“Ridin’ dirty,” wrote the mom of two, posting this picture on Instagram of her getting ready to hop on a motorcycle. 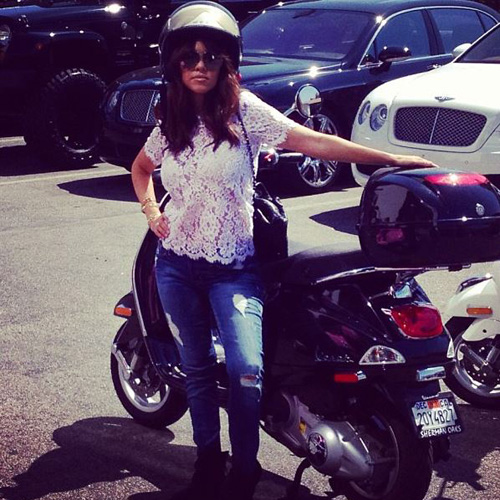 We can always count on Rachel Zoe to post a “major” selfie, either with a slew of celebrity friends or her adorable son Skyler.

“Striking a pose with my angel and that’s a wrap!” she wrote, sharing this photo on Instagram of her with her blue-eyed boy wearing a striped romper. He even has the “arms on hips“ pose down perfectly! I die! 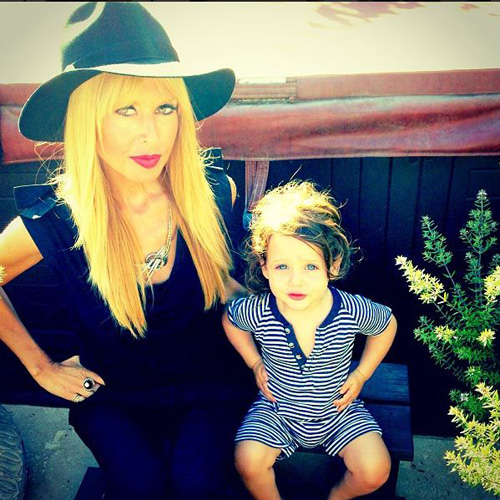 Speaking of her angel Skyler, there are rumors that Zoe is pregnant with baby No. 2, however no official confirmation from the style guru herself.

Shameless plug alert: Check out my amah-zing interview with Zoe where she talks about having more kids >> 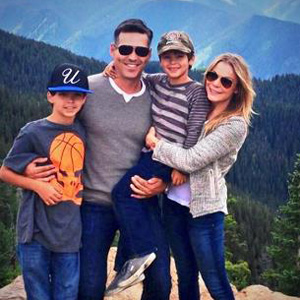 “Tip Top of the mountain! #Heaven #Aspen,” LeAnn Rimes tweeted, posting this photo of her with her husband, Eddie Cibrian, and her two stepsons Mason and Jake.

Rimes, who calls herself a “bonus mom” has her arms affectionately around the boys and her hubby as they enjoy a family vacation.

Be ready to see a lot more of this family as the couple have signed on to do a reality show with VH1. The two boys, however, won’t be making any appearances as Cibrian’s ex-wife and mother of their sons, Brandi Glanville, tweeted that the boys “won’t be on eddies show.”