Jenna was heartbroken when her daughter passed away before she was born, but a photographer working with Now I Lay Me Down To Sleep came to chronicle those moments, which have become priceless to her.

Now, she is expecting a son and working on spreading awareness of the organization

Jenna and Matt were over the moon when they discovered they were expecting a baby. Her pregnancy wasn’t a walk in the park, by any means, and when her daughter Peyton passed away right before birth, their world was rocked. They are now expecting Peyton’s little brother and, thanks to a photographer from Now I Lay Me Down To Sleep, they have precious memories of their baby girl. Here is their story. 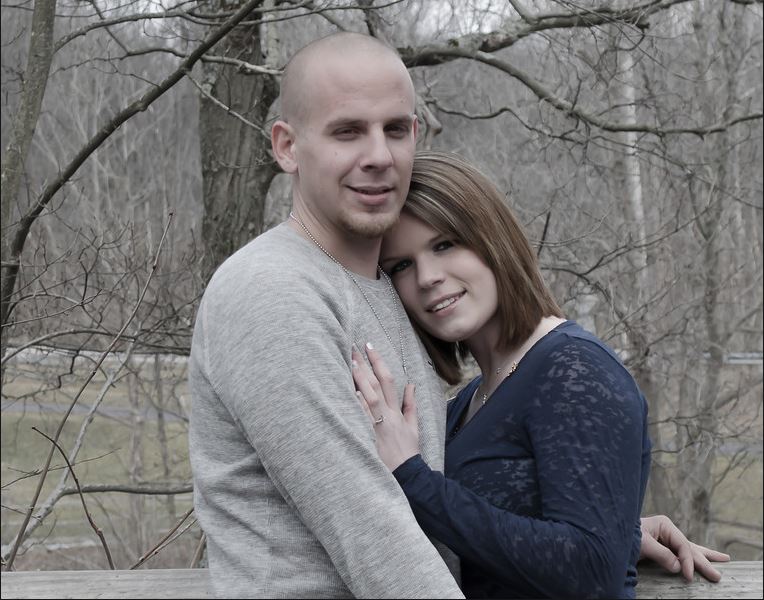 Jenna and Matt live in a suburb of Cleveland, Ohio, and are engaged to be married in August of 2014. They weren’t planning a pregnancy, but Peyton had other plans — on March 16, 2012, they discovered that they were expecting a baby. “We were both overjoyed and could not wait to meet our little peanut in November 2012,” she happily remembered. “Our families were especially elated for us!”

She did not enjoy a normal, textbook pregnancy, however. She was plagued with sickness — of the all-day variety — from the beginning, up until delivery day. And at around 34 weeks, she developed an unusual problem — she began to itch. “I began to itch intensely on my fingers, wrists, ankles and the soles of my feet,” she told us. “I had no rash. The itch was so bad that I was not sleeping at night and I was scratching my skin open.”

Her obstetrician suggested Benadryl, which offered no relief for her, and as her symptoms began to become severe, she took it upon herself to check the internet to see if she could come up with anything.

“After doing some research late one night, I learned of intrahepatic cholestasis of pregnancy (ICP),” she shared. “Cholestasis of pregnancy is a condition in which the normal flow of bile in the gallbladder is affected by the high amounts of pregnancy hormones. Essentially bile is slowed or stopped and overflows into the bloodstream. Cholestasis increases the risk for fetal distress, preterm birth and stillbirth.”

After making this discovery, she insisted that her doctor test her for the condition, and he ordered blood work.

Unfortunately, the doctor didn’t test Jenna’s bile acids as requested, and insisted that her elevated liver function tests were no cause for concern. “His words, word for word, referring to my concern for fetal distress and stillbirth were, ‘You have to look at the population as a whole… you have a greater chance of walking out of my office today and getting hit by a bus,’” she shared. “After that appointment I cried and cried. Not only did my OB think I was a complete wacko but so did my family. No one would listen to me until the night we lost our daughter full-term.”

Her last prenatal appointment was normal — she was dilating and effacing, and they were hopeful she’d deliver within the next few days. “Matt and I left our appointment and spent what we thought was going to be our last day as just a couple, together,” she said. However, the following evening she noticed that she hadn’t felt Peyton move. Her family reassured her, saying that she was probably saving up her energy for the big day. The next morning, Jenna slept until noon, which was unlike her.

That evening, while in the company of family, she began to experience excruciating back pain, and still hadn’t felt Peyton move. “My grandmother and mom assured me that I was just going into labor, but I knew something was not right,” she remembered. After a call to her OB, they phoned Matt and headed to the hospital.

Upon entering the triage area of the hospital, she was immediately hooked up to fetal monitoring, but the nurse couldn’t find a heartbeat. A second nurse was called in and had the same result. The first nurse began to cry along with Jenna, and the second informed them that they’d have to do an ultrasound to confirm the absent heartbeat. “Matt and I cried together,” she shared. “We wished, and hoped, and prayed that it was just a dream. Matt called his parents. My mom called my dad. They were on their way.”

7 hrs ago
by Katie C. Reilly