A recent study has tied autism risk with labor induction — but is the risk increased with induction, or is it really a pregnancy problem?

Issue may be pregnancy, not induction

A recent study has tied autism risk with labor induction — but is the risk increased with induction, or is it really a pregnancy problem? 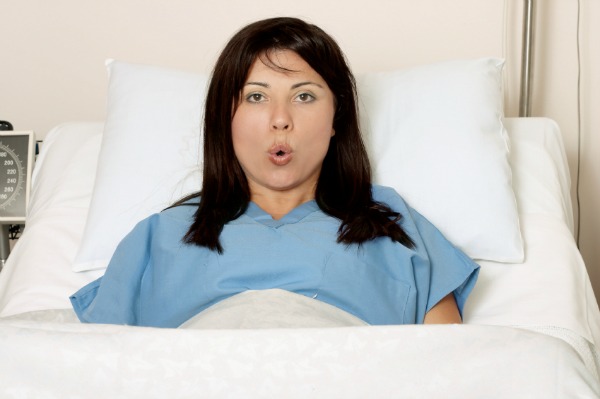 There has been no established, concrete cause of autism proven, but that doesn’t stop researchers from trying to pinpoint what might be the reason — or any reason — that some children are more prone to developing an autism-spectrum disorder. A recent, large-scale study has tied labor induction with an increased risk of autism, but you might be surprised how the connection was made.

While you may have thought that this study simply tied the induction of labor to autism, the researchers, from Duke Institute of Molecular Physiology, actually found that it was more likely the cluster of potential reasons for induction — rather than induction itself — that leads to an increased risk. In other words, lead author Simon Gregory said it may be a pregnancy problem and not specifically an induction problem.

One possible conclusion is that the children who are on the autism spectrum may not send out the proper signals for a normal progression of labor, and other smaller-scale studies have also found links to prenatal environment and autism risk.

Many moms we spoke to felt that looking for a cause isn’t worthwhile — instead, focus needs to be on other areas. “I’m sick of ‘this and this’ causes autism,” said Carrie, mother of three. “Every day it is something different. They should put all of the energy they use to find a cause or a cure into awareness and services for people who already have it.”

Other moms felt that studies like these only serve to contribute to parental fear and guilt.

“It seems that they are trying so hard to find the cause that they aren’t taking the time to research it thoroughly,” shared Lindsay from Texas. “They just blurt the hypothesis out and scare the crap out of parents!” If your child is on the spectrum, is it because you were induced for his birth? Should you avoid labor inductions and augmentation at all costs? The answer is no.

Most childbirth experts feel that induction or augmentation of labor is best used only when medically necessary, and experts urge moms who have a true need to really listen to their caregivers. However, keep in mind that routine induction, without a medical need, has its own set of issues — it can lead to interventions and complications, and can result in C-sections and potential further complications. But the reason for future autism development may be in place before induction is even talked about or considered.

The moms we talked with suggest taking the study, which is getting a large amount of media attention, with a grain of salt. As Heather, mother of two, told us, “It’s like saying, ‘Pants increases autism because a lot of autistic kids had moms that wore pants while pregnant.’”

The bottom line is that there is no absolute proof that induction makes your child more prone to developing autism — it’s just one of several hundred hypotheses that have cropped up in the last few decades as the scientific and medical community, and moms and dads, struggle to find a reason. In the meantime, parents hope that as much study and effort goes into helping those affected as there is towards finding a cause.

The truth about love… and autism
Autism: Walk this way
Parenting and autism: Angela’s story

24 hrs ago
by Julia Guerra