Research published this summer shows one-third of children with autism also have attention deficit hyperactivity disorder (ADHD). In addition, research has shown the chance of subsequent siblings developing autism is one in five. 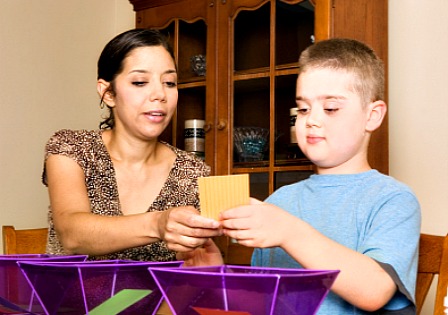 Having a child with an autism spectrum disorder (ASD) carries multiple challenges for parents, from receiving a diagnosis to researching and beginning effective treatments and therapies to reading the news.

Yes, news like this: The Kennedy Krieger Institute this summer announced the results of a study showing that one-third of children with autism also have attention deficit hyperactivity disorder (ADHD).

“The signs of [both] ADHD and autism can easily be missed,” says Dr. Rebecca Landa, director of the Center for Autism and Related Disorders at Kennedy Krieger Institute in Baltimore, Maryland. “I think people chalk [many symptoms] up to autism, but… children [with autism and also ADHD] are showing signs of significant inattention to objects given their cognitive level.”

Dr. Landa says red flags are significant distractibility and inattentiveness that don’t align with appropriate developmental milestones for that child. But before parents become alarmed by the possibility of ADHD, Dr. Landa emphasizes the need to focus first on an autism diagnosis.

“If the child has an ASD, before we start talking about ADHD, we need to get that child into good intervention,” she says. “You want to get kids into treatment and see how they respond; if problems are persisting, then it’s time to talk to the doctor.”

Trish has three children, ages 14, 7 and 4 years old. Her 7-year-old son has been diagnosed with an ASD, sensory processing disorder and a speech delay.

“He has some ADHD tendencies but not ADHD,” Trish says. “The two sort of go hand-in-hand.” She says because ASD is primarily neurological, she is having her son reevaluated, just in case. “I feel this is important because… he is growing and changing so much, his diagnosis may change also.”

While spotlighting the link between autism and ADHD, the Kennedy Krieger Institute also is working to address results of older research showing that when one child is diagnosed with autism, one in five subsequent siblings also will be diagnosed with autism. The study, published in 2011, included 664 infants, all of whom had at least one older biological sibling with an ASD. The children were followed from infancy to 36 months.

The Institute offers several online resources to help parents better understand what to look for when determining if a child has an ASD, including a free, online video tutorial on the early signs of autism in 1-year-olds.

“I think that video is amazing,” Trish shares. “It brought tears to my eyes because I saw my son all over again. If I had known then what I know now, he could have started his therapy so much earlier.”

The steady flow of discoveries, links and hypothesized causes of autism can be overwhelming, if not terrifying.

“Every day I see something new about ASD and different therapies and diets, miracle cures,” Trish says. “You name it, it is out there. I do not allow it to devour our lives. I read, research and speak to other parents. We try things that we think will help him. We fail; we succeed. We get up every morning like others and we go on with life.”

Dawn’s 6-year-old son was diagnosed with an ASD at 2-1/2 years old. She attributes much of society’s concerns about autism to sensational media coverage. “Personally I find that the constant negativity and scare tactics used by the media and others is actually quite detrimental to those affected by autism,” she explains. “It leads people to believe it is some sort of death sentence and the worst thing to be feared — when really, it isn’t. It’s hard, yes. But it’s hardly cancer. It’s a paradigm shift.”

Most parents of a child with an ASD agree the experience makes them much more attentive to their other children’s development.

Trish’s youngest son, who is typically developing, was born about a year before her oldest son’s official ASD diagnosis. “Was I frightened? Was I nervous? Did I want to know who, what, when, where and why yesterday? Yes!” she exclaims.

“I got over it. I love my kids with everything I am; however, I quickly realized that whatever diagnosis my children did or did not have… was only a part of who they are… Do I notice things more? Yes. Do I attack it with a vengeance? Yes. Does it control our lives? No!“

Rebecca Schorr has three children. Her oldest was diagnosed with Asperger’s syndrome, a condition on the autism spectrum, at 6 years old.

“We were very concerned when expecting our third [child] and definitely took the statistics into account when deciding whether or not to have any more children,” she says, but continues, “It is all too easy to drive oneself crazy with all of these reports… I read the information and then get back to my real world. I mean, I have enough to worry about with both the day-to-day as well as [my son’s] future to handle. I can’t take too much time worrying about the other stuff.”

Dr. Landa says parents who have one child diagnosed with autism and are thinking of having another child should see a genetic counselor, “because there may be ways to know if they’re at particular increased risk.” She also points out sibling studies exist nationwide, including at Kennedy Krieger Institute, that allow parents to have their babies tested and followed over time by experts.

“It’s also important for families to realize that there’s an 80 percent chance that they’re not going to have [another] child with an ASD.”

Is labor induction a factor in autism?
The truth about love… and autism
Autism rocks the house

8 hrs ago
by Sara Gaynes Levy

8 hrs ago
by Amelia Edelman

11 hrs ago
by Jodi Bondi Norgaard