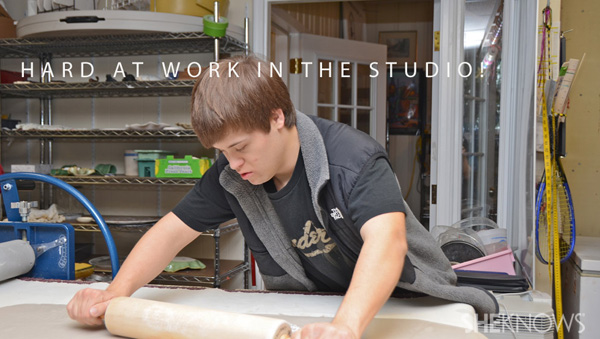 Christian Royal’s love of pottery began as a new activity to try as part of his homeschooling. Before long, Christian’s parents, Mike and Helen, had purchased several hundred pounds of clay and were learning the craft with him at the kitchen table. Word of Christian’s talent spread, one connection led to another, and Christian Royal Pottery launched after he was invited to sell his pottery in an art gallery in Charleston, South Carolina.

“[Customers] all are taken by the fact that an individual with Down [syndrome] has produced such beautiful pottery,” Mike says.

Christian’s mother, Helen, is proud of the involvement Christian has in making each piece. “He performs all steps in making pieces except to mix chemicals, which requires math… and safety precautions,” she explains.

Both parents speak of the pride Christian finds in having a full-time job.

“Kids with intellectual disabilities get a lot of services up to the time they turn 21 and graduate from high school,” Mike explains. “Then the services all but dry up and there are very few jobs for them.” He says he’s never met a person with a disability who doesn’t wish he or she could “work and make a paycheck and enjoy the satisfaction that comes from that. But most can only find work one or two days a week and often that is only for four hours a day.”

At 21, Christian has difficulty communicating. Mike and Helen share their sadness that he really hasn’t been able to make ongoing friendships among his peers. “He would love to have friends and companionship,” says Mike, who says he regrets that the family didn’t learn sign language as Christian was growing up.

Think outside the box

With the success of Christian Royal Pottery (more than 3,500 pieces have been sold), the family has been able to hire two additional workers. 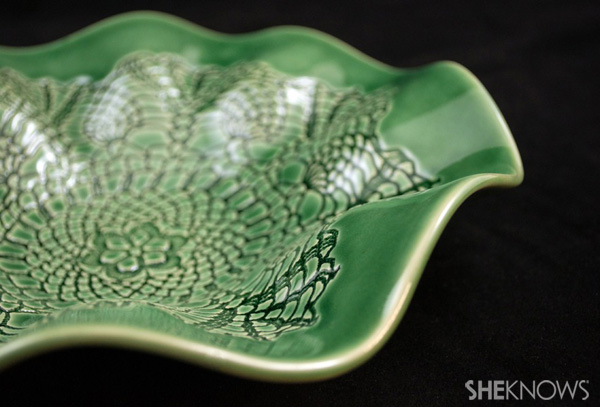 “Christian’s business gives him the opportunity to do something he loves every day and to enjoy the camaraderie of the two associates who work with him every day until 5 p.m.,” Helen says.

“If Christian could find the words, he would encourage all parents of children with disabilities to think outside the box about what talents their children might discover about themselves if only given the opportunity to try various crafts or vocations,” Helen says.

It’s clear that Christian’s happiness and productivity bring his parents their own sense of well-being and peace. “[Christian] is funny, oh so lovable and we listen for his humor throughout the day,” Helen shares. “He has his own gift of noticing beauty everywhere and reflecting that beauty in his artwork.”

Next up: Read about Tim Harris and his restaurant