A mom and dad hoping to get their baby’s last name settled in a court of law instead found his first name changed from Messiah to Martin. Were the parents wrong for choosing that particular name, or is this judge completely out of line? 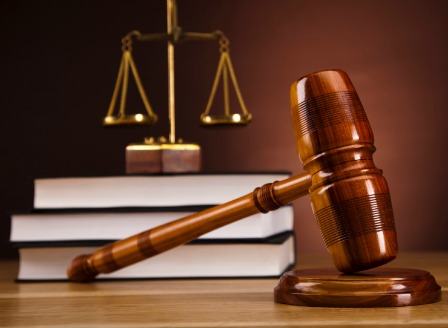 Many countries around the world have name registries that parents are allowed to pick from when the time comes to name their baby. Others require governmental approval before a baby can be named. The U.S. is not one of those countries — yet a judge in Tennessee changed a baby’s name from Messiah to Martin.

His mother is appealing, but in the meantime, is this judge overstepping her bounds, or does she have a point?

Governmental involvement in baby naming is not totally unique, at least in the rest of the world. New Zealand, for example, requires parents to submit their name choices to the Registrar of Births, Deaths and Marriages, and if it’s too long, too unusual or resembles official ranks or titles, Mom and Dad have to try again.

There are similar laws in other countries, such as Iceland, Germany, Sweden, Italy, Japan, China, Denmark and Hungary. However, the U.S. has no such restrictions.

This is why Jaleesa Martin was surprised when the child support court judge deemed her baby’s name of Messiah inappropriate, and dubbed him, at 7 months of age, Martin DeShawn McCullough. Jaleesa and her baby’s father went to court for help with deciding what last name to bestow upon him, but once the judge noticed his first name, she ordered that it be changed.

“The word Messiah is a title and it’s a title that has only been earned by one person and that one person is Jesus Christ,” said child support magistrate Lu Ann Ballew.

Most of the moms we spoke with were astounded that a judge had made such a bold decision, especially since it was based on the judge’s Christian views. “To me this violates separation of church and state,” said Lindsay from Texas. “The judge is taking his name in a religious context. It should be overturned on that alone.”

Brittney, mother of two, agreed. “They weren’t even in her court to discuss his first name,” she shared. “This is a gross abuse of authority.”

Sarah, expecting her second baby, definitely concurred — even if she (and many others) thinks that it wasn’t the best choice for a name. “Why is it the court’s business what a parent names their child?” she asked. “Yeah, it’s probably a poor choice, but that’s on the parents. ‘Messiah’ could certainly change his name when he’s an adult, if he finds it’s causing him trouble. I’m surprised to see the court overriding parents’ wishes when they have no idea whether the kid will suffer harm from it.”

A precedent, or an overturned decision?

Considering that Jesus is a very popular name for Hispanic boys, many wonder if the judge intends to change their names as well — and the answer is “probably not.” Jaleesa, who loves her baby’s chosen name and thinks it goes well with his siblings, Micah and Mason, plans to appeal, and she feels that the chances are in her favor of the judge’s decision being overturned.

21 hrs ago
by Amelia Edelman

This Florida Mom Voted While in Labor, So What’s Your Excuse?