This fall, the FX network brings back Sons of Anarchy, its highest-rated television show to date, that chronicles the lives of members of a close-knit outlaw motorcycle gang. 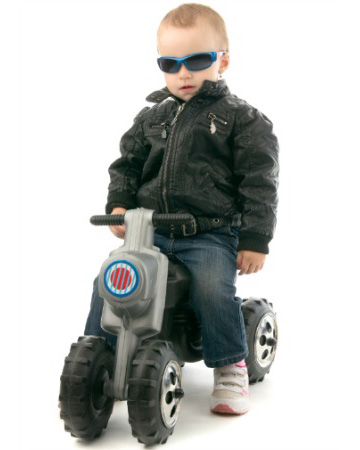 Get ready for Sons of Anarchy’s sixth season with these fabulous outlaw motorcycle baby names.

Through five seasons, the series has gained in popularity as viewers take in the story of the lead protagonist Jax and his struggle between his life as a dad and the dangerous criminal life of the gang.

The names of SOA

We’ve left off characters who are simply known by nicknames, such as “Happy,” and provided full names and their nicknames where available, some of which might actually make a really cool first name — for example, we think Clay might be more suited to a modern baby boy than Clarence.

Which awesome Sons of Anarchy name do you think would work for your little one? The choices are plenty varied, from traditional and classic names like Alexander and Henry to modern choices like Ally and Trinity. How about Lincoln? Liam? Dawn? Polly? For a first or a middle name, you might just find your baby’s name here amongst the characters of Sons of Anarchy.

Sons of Anarchy names for boys

Sons of Anarchy names for girls

Game of Thrones baby names
Out of this world baby names from Doctor Who
Magical names: Witch and warlock baby names