Naming your children is an important endeavor. After all, they have to live with it for their entire lives. It isn’t always as easy as going with a name you like, either. Here are 20 things to think about before choosing a baby name.

Naming your children is an important endeavor. After all, they have to live with it for their entire lives. It isn’t always as easy as going with a name you like, either. Here are 20 things to think about before choosing a baby name. 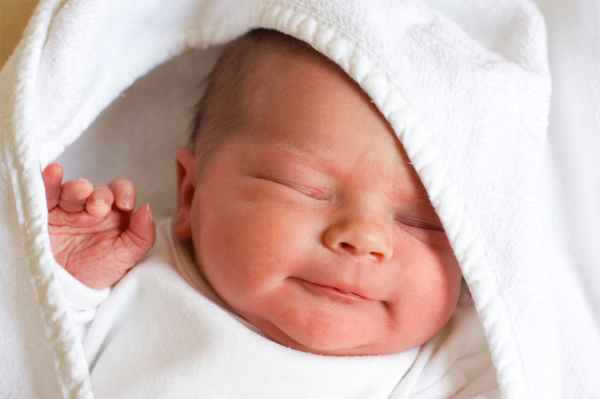 Has the name been used in pop culture? This includes songs, books, movies, television shows, etc. My friends Lola and Cecilia get serenaded every time they meet someone new. It has to get annoying.

What does the name rhyme with? I knew a “Fatty Patty,” a “Pissy Chrissy” and a “Boozy Suzie.” Just saying.

How many syllables does it have? If your last name has four syllables, you might want to shy away from a long first name or your kid will end up with a tongue twister. Same goes with the middle name.

Mull over what possible nicknames could be. This could include anything from Tara(ble) to Chad(erbox), or even a Richard being called “Dick.”

What will they call him or her for short? My sister named her daughter Brooklyn, but did not want her to be called “Brook” for short. Sometimes, it’s worth choosing a name you love, but nipping nicknames in the bud as soon as someone tries using one.

The same sister mentioned above is named Angel. And she’s a registered nurse. So, every patient comments on how she really is their “angel.” She also hears the old pick-up line, “Did it hurt when you fell from heaven, ‘cuz baby you are an angel.” And try not to be tempted to name your child after a brand. Sure, they’re nice to say — that’s why they are brand names. But it is a little pompous to be called Mercedes, Armani, Chanel…

Popularity matters. Refer to the Social Security Administration’s list of popular baby names. This doesn’t bother a lot of people, but when there are six girls named Sophia in her kindergarten class, she’ll have to go by Sophia (last initial).

Has a celebrity used the name? Two weeks after my best friend named her daughter Camdyn, both couples Nick Lachey/Vanessa Minnillo and Kristin Cavallari/Jay Cutler named their sons Camden. If you want to name your daughter Suri, people will always wonder if you got it from Tom Cruise and Katie Holmes.

If you name your child Reagan, Kennedy or Lincoln, is it in adoration of past presidents or do you just like the name? Those are some big shoes to fill! This goes the same for less-admirable namesakes, like Cain or even Scarlet.

Does the name have obvious puns or idioms? For example, a Penny for your thoughts?

Is it phonetic? Our last name is mispronounced often, so I wanted a first name for our daughter that you could read and automatically know how to pronounce it. Well, I failed. People struggle with it and she’ll have to correct them her whole life.

The meaning of a name could also be a deal breaker. Here are nice names with unfortunate meanings —  Claudia, Blaise, and Calvin to name a few.

Using an inspired name is always fun. Maybe you’re an avid sports fan. The name Patriot, Jet or Titan could be cool, but I can’t say the same for Bengal, Seahawk or Buccaneer (though I have heard of Bear, Lion and Raven). Use your discretion.

It’s hard enough to grow up in this world, and then your kid has to spell Katie as Cayti or Michael as Mykel. Keep it simple.

Sibsets are a big deal these days. If your firstborn son’s name is Ryder, you might not want to name your next son Walker. Many parents want to make sure the names have a nice ring when said together. If one child has a very classic and Biblical name like Rebekah, it might seem strange for her sister to be named something modern and unique, like Zephyr. And of course your kids’ names shouldn’t rhyme… Pam and Sam, Kim and Tim — you get the idea.

It’s been a trend to use last names as first names for quite some time. We’re looking at you Jackson, Quinn, Beckett and Delaney. Also consider the “reversible name.” If you have a last name that’s a first name, like Kelly, Allen, Scott or Stewart, you may not want to use a surname as a first name.

Is that a boy or a girl? Unisex names on girls are pretty badass. But if it bothers you that people might think your Riley is a boy or your Rory is a girl, you might have to reconsider.

I loved the name Giada, but we’re not Italian. Loved Evita, but we’re not Hispanic. We didn’t want people to hear our daughter’s name and expect to meet an exotic foreigner with a cool accent, when we’re pretty much the opposite.

It’s become common practice to use cities, countries and continents as baby names. This includes Asia, America, Phoenix, Dallas, Boston or Madison. But what happens when they move to that place? They become “Phoenix from Phoenix.” Adorable.