We all agree that teenage drinking is a problem that never seems to go away. Most of the concerns about teens and alcohol are centered around their safety, whether behind the wheel or out at a party. But what about the long-term problem of alcoholism? 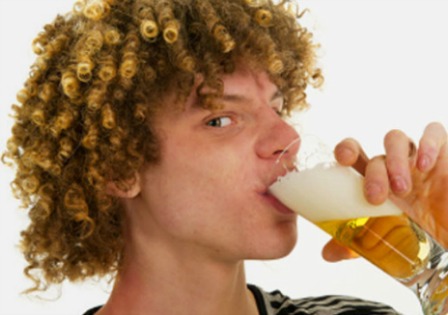 Can teenage drinking lead to a lifetime of addiction?

Sure, we worry about our teens and underage drinking. But what impact can early drinking have on your teen’s future? Alcoholism can have a devastating effect on the lives of everyone it touches — and rob your child of dreams for the future. We wondered if teens who drink were more likely to struggle with alcoholism down the road.

Nearly 26 percent of Americans aged 12 to 20 reported that they currently consume alcohol, according to a 2010 National Survey on Drug Use and Health. The rate of underage drinking increases with age within this range. In a study out of George Mason University, teens reported that it has become the norm for teens to get together for the sole purpose of drinking alcohol. Teens also said that drinking alcohol can be a way of dealing with stress. Obtaining alcohol is easy for teens, and they reported that they usually drink whatever alcohol is available.

According to the Centers for Disease Control (CDC), young people who start drinking before the age of 15 years are five times more likely to develop alcohol dependence or abuse later in life than those who do not begin drinking until they have reached legal drinking age (21 years old). What begins as alcohol abuse — binge drinking, for example — can turn into a dependency on alcohol (alcoholism) down the road.

What constitutes alcohol abuse? The CDC describes alcohol abuse as an unhealthy pattern of drinking that results in harm to one’s health, interpersonal relationships or ability to work, including:

Patterns of alcohol abuse can lead to a dependency on alcohol — also known as alcohol addiction or alcoholism — which is marked by strong cravings for alcohol, the inability to limit drinking and continuing to drink despite warnings and interpersonal problems. Teens who have abused alcohol for several years are potentially on the path of alcoholism.

Dr. Suzana Flores is a clinical psychologist in private practice who treats both adults and teens. “Alcohol and drug use is a common issue with teens, but in therapy I focus more on why they are choosing to drink to excess,” she says.

There is the usual peer pressure and following the crowd, or problems at home or with friends — and teens will often self-medicate with alcohol. Even if teens are drinking purely for recreational purposes, there will still be long-term emotional effects.

“For example, when someone starts drinking heavily — let’s say around the age of 15 or so — and maintains this pattern of drinking over time, psychologically, they can remain ‘stuck’ at that maturity level for their entire lives,” she shares. “Their decision-making will likely be impulsive and without forethought. They can get into destructive relationships and live their life based on short-term wants without being able to think in terms of long-term consequences,” Dr. Flores says. “For this reason, people who start drinking heavily as teenagers will likely show signs of irresponsibility in relationships, finances and career,” she adds. The damage done by abusing alcohol at an early age is tough to reverse, and teens may be left with a bleak future unless they can break free from their addiction.

Talk — then talk some more

Some parents have difficulty with talking to their kids about the dangers of alcohol. Whether you are afraid your teenage past will come back to bite you, or you just don’t know what to say, it’s important that you keep a conversation going about alcohol — all through their teen years. A full 83 percent of youth surveyed reported that their parents are the leading influence in their decision not to drink alcohol. The good news is that parents are talking to their kids more than ever about underage drinking and the dangers it poses. Almost half of parents report they have spoken with their 10- to 18-year-old at least four times in the past year about the dangers of underage drinking.

Teens and alcohol can be a dangerous combination — now, and over the long term. Keep talking to your teens, know their friends, monitor their activities and stay involved. Your involvement and support may be the most important influence in your teen’s life.

How to deal: Teenage drinking
Teen girls and binge drinking: A dangerous mix
The hidden epidemic of very young alcoholics