The number of U.S. children with a disability is increasing, so it makes sense that more parents are turning to social media for emotional support, the latest on research and, yes, even a prom date for a teen! 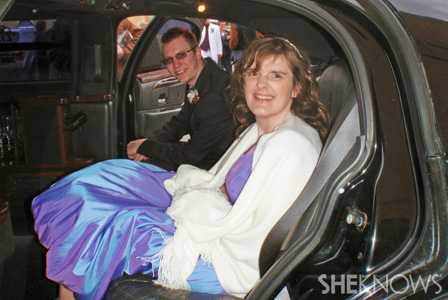 At age 19, Rachel Slay has a nonverbal form of autism that makes it difficult for her to connect with peers. While she works hard to connect in other ways, she had never gone to her high school prom — until her mom had a brainstorm.

“The prom was approaching and I was racking my brain,” Serrina Slay says. “A lightbulb went off and I said, ‘I’m just going to put it on Facebook!'”

Serrina says Facebook has been a lifesaver for her, helping her connect with other parents going through the same challenges. “I’ve found through Facebook that all of our stories are different, but somehow all the same,” Serrina says, adding, “I’ve been a parent to an autistic child for 19 years. Before Facebook, I felt so alone.”

What happened after the great prom date post exceeded Serrina’s expectations. Her local newspaper picked up the story, and Serrina quickly heard from another teen who was eager to experience a prom. Nathaniel didn’t have special needs, but he had been homeschooled and hadn’t gone to a prom either.

The couple had a night best illustrated by the photographs her mom captured before the couple set out. “Her face tells the story,” Serrina says.

Disabilities on the rise

In May 2013, a new study presented at the Pediatric Academic Societies (PAS) annual meeting indicated more children today have a disability than a decade ago.

With more parents searching for resources, answers or simply emotional support, social media is making our world that much smaller — for better or worse.

Serrina speaks of the rare connections she’s made with other parents who have girls with autism, a rarer statistic. “A mother from the Philippines has two daughters, and we’ve been able to be a huge support for each other. Where else would I have been able to meet someone going through the same struggle?”

Would a typical teen want her mother searching for a prom date on Facebook? Not likely. But this was different. Rachel isn’t a typical teen, and Serrina says she was prepared for criticism, knowing “some people might think it was distasteful.”

She says not one person has questioned her tactics or motives.

“I think unless you’ve walked a mile in a parent’s shoes who has a child with special needs you don’t know how the littlest things that they get to enjoy means the world to you as a parent,” she explains. “Think a minute about how limited [Rachel’s] world is on a daily basis.” Serrina admits the effort was probably as much for her as it was for Rachel, remarking, “I’ll never get to see her walk down the aisle to get married, but that was a little bit like it.”

Karen Wesley has three boys, ages 14, 17 and 25. “My 14-year-old is high-functioning Asperger’s [syndrome] with a nice dose of anxiety,” she says, and “my 17 year-old is PDD-NOS (pervasive developmental disorder not otherwise specified). He also has issues with mood, depression and ADHD (attention deficit hyperactivity disorder).”

Karen began using Facebook in 2009 and says several autism-focused pages helped her significantly, including Diary of a Mom, written by Jess Wilson. “Diary’s page connected me with Tanya Savko’s blog, ‘Teen Autism,’ which I found extremely fascinating because Tanya’s son is close to my middle son’s age who had also recently been diagnosed with autism.”

Ultimately, Karen’s positive experiences on Facebook led to her own blog, Confessions of an Asperger’s Mom, in 2009.

“Confessions” began as a way to vent and raise awareness. “I really felt like my family and friends had no idea what our family was going through on a daily basis,” Karen says. “I wanted to educate others so that [they] would not judge autism from a point of ignorance.”

In 2011, Karen connected her blog to her own page on Facebook, which now has almost 3,500 likes. “A major part of the page is about humor,” she says. “We laugh together to keep from crying. And sometimes we just cry together.”

Karen’s online connections have become so personal, she’s met fellow bloggers and parents with a child on the autism spectrum in person, as well.

Advice for parents with new diagnoses

Karen’s advice for parents with a newly diagnosed child with autism is simple: “[Get] involved in social networks on Facebook, Twitter and find blogs written by parents who share your journey. The wealth of information that you will find is invaluable.”

Finding support online doesn’t have to be an ongoing dialogue. Suzanne Perryman blogs and is active on Pinterest. 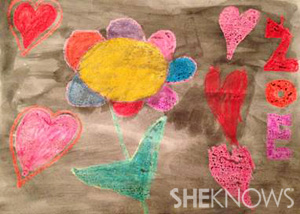 “Social media connects the special needs community as a whole,” she explains, “allowing families to support one another, stay current with science, connect socially and follow important news related to disability advocacy, abilities and opportunities.”

“The most important way Pinterest impacts my life as a mom of a special needs child, is by using Pinterest as a powerful research tool. Better than Google, Pinterest is still primarily a compilation of interesting blog posts and platforms,” Suzanne says. “I am most interested in what ‘real’ people have to say related to topics that interest me, versus what websites may have to offer.”

Suzanne fulfills her daughter’s creative cravings often by combining project ideas with modifications from other boards or project tips.

“I have at times taken simple toddler art techniques and then combined them together to create more interesting art projects appropriate for [my daughter’s] age level.”

Suzanne also uses Pinterest to research products for her daughter, as well as her other children. “Everything from pool toys, adaptive toys and tools, special needs apps and more. Pinterest pins that feature products are mostly real world experiences with products, reviews and… how the products are being used,” she explains.

Is turning to social media a fad or the leveraging of powerful voices, ideas and experiences? Suzanne puts it simply: “[Social media] can provide power to an advocating voice speaking out, a mom who is grieving looking for support and a way to stay in social contact which makes us happier, stronger people.”