Worry that your child’s preschool will focus on only a few areas of development? The Bank Street approach to preschool emphasizes educating the whole child — emotionally, physically, socially and intellectually. 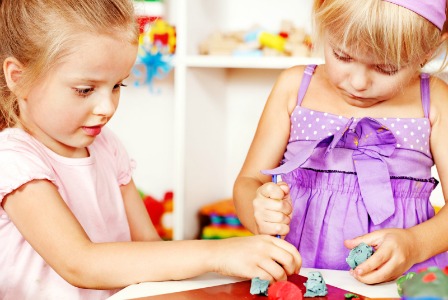 In 1916, visionary educator Lucy Sprague Mitchell founded what is now known as The Bank Street School for Children in New York City. It was a laboratory nursery school staffed by teachers, psychologists and researchers who worked to determine the best kind of environment to help children grow and learn to their full potential.

“John Dewey and his theory of ‘learn by doing’ influenced Mitchell. She looked at teaching differently because she focused on not just what children needed to learn, but how they learned. That was the game changer,” explains Shnieka Johnson, an education consultant.

In the Bank Street approach, also known as the Development-Interaction approach, the emphasis is on educating the whole child — emotionally, socially, physically and intellectually — in an experience-based, interdisciplinary and collaborative setting.

“Cognitive development and emotion are interconnected and affect teaching,” says Johnson. “There are developmental shifts and changes that occur in children at different times and ages. For instance, a child can be age 8, but developmentally behave as though they are older or younger. Because of this, teachers reassess and reflect to improve teaching.”

“Teachers that use the Bank Street approach are aware of the whole child, their engagement with the world and their interests. This can lead to meaningful learning,” says Johnson, who offers the following example. A moment at free play when children pretend to deliver the mail can become a whole unit on the postal service, how our mail gets to us, how to write a letter, mapping a route and so on. It may even include a field trip to the local post office. “The curricula can be individualized based on the children’s interests and stage of development. The children are allowed to learn through interaction.”

Is a Bank Street preschool right for your child?

Typically, a Bank Street preschool has a mixed-age classroom, and that approach has great appeal for one mother. “It doesn’t make one child feel as though they are better or worse than another,” says Tara Clavell-Vera, whose son is entering his second year at a Bank Street preschool. “My son doesn’t care that he’s playing with a 3-year-old now that he’s 4. He’s happy either way because this is all he knows. He doesn’t care that the girl next to him doesn’t know how to color within the lines. He’s just happy to know her. There is no competition and that makes for a healthy school environment.”

Some children prefer to observe before doing, while others want to get in there and get their hands dirty right away, learning as they go. Clavell-Vera is delighted that her son can learn through experiences. “He can have fun, but learns while he ‘plays.’ Every moment is a teaching moment, but the child doesn’t know it. We feel as though he absorbs more this way. He has grown so much both socially and academically that I could not be happier with the school and how they run.”

“If you take a peek into a pre-k classroom at Bank Street School for Children, you will see child-centered learning, exploratory behavior, unfinished block structures, a little bit of organized chaos and maybe even a blob of homemade play dough,” says Johnson.

While the Bank Street preschool approach is often compared to play-based learning, there is a unique structure in place. For Clavell-Vera’s son, “The children are grouped by age. They sit and listen to the morning announcements together [on three different rugs] and then break up into groups to play at various stations throughout the day. When playing at each station, they work with children of all ages. The teachers then pull them out of the group individually to work with them one-on-one. The same happens each day, but the group of kids that they are playing together with in each station changes daily. They also have daily outdoor time. However if it rains, they have a dance party.”