A mother on an American Airlines flight was reportedly treated inappropriately while she was breastfeeding her small son, and she felt the apology the company sent wasn’t much of an apology at all. Where do you stand? 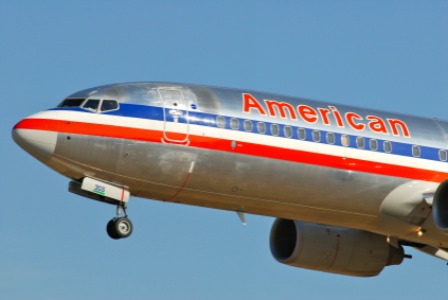 A mom was flying American Airlines and, while occupying a window seat, began nursing her infant son after takeoff to help alleviate pain and pressure on his ears. When a flight attendant treated her with disdain, she was upset, and filed a complaint on the company’s website.

The response she received was, she felt, less than stellar — and moms are left wondering how an airline can have a policy that allows employees to request that breastfeeding women cover up.

The original incident took place on July 21, 2013, when the mother (who wishes to remain anonymous) settled in to nurse her baby. She reported that she was in a window seat next to her husband, and there was an un-related pre-teen girl on the aisle seat who was busy talking with her friends in surrounding seats. As she breastfed her baby, she noticed a passing flight attendant glare in her direction. She mentioned this to her husband and they agreed it wasn’t a big deal because they really didn’t think it’d go any further.

The mom wrote, “A few minutes later, the same stewardess returned to our row, leaned over the girl in the aisle seat, and told me (after a bit of hesitation as she couldn’t find her words) that I needed to put a blanket over my son ‘because there are kids on this flight.'” Her husband declined, saying they preferred to not use a blanket, and the attendant offered to move the girl at the end of the row, who was completely oblivious to the fact that the mother was nursing.

For the rest of the flight, they received no drinks or any service at all, and the attendant refused to make eye contact with them.

The complaint, and “apology”

This mother submitted an online complaint via American Airlines’ website and received the letter in question in response, which her friend posted on her behalf on Facebook. The letter expressed regret that she wasn’t responded to appropriately by the flight attendant and the matter would be dealt with by the Flight Attendant Manager.

The next paragraph, however, reveals the airline’s policy. In particular, it reads,  “… because of the offense that may be taken by others within the close confines of commercial aircraft, we simply ask that breastfeeding be done with certain discretion and a sense of modesty. We believe it is reasonable to ask that the mother cover-up in an appropriate manner during the feeding.”

Many moms feel that this really isn’t much of an apology at all. When you consider laws on the books in most states, there is usually no language included about mom covering up. Most also state that a mother has a right to breastfeed anywhere she is legally allowed to be. The question, then, is what demands should an airline be allowed to make that differ from the laws on the ground?

Most would answer that there shouldn’t be any differing or additional demands on the nursing pair. “I’m frustrated that people constantly use the terms ‘modesty’ and ‘discreet’ when talking about breastfeeding in public,” shared Rachelle, owner of the popular breastfeeding advocacy page Unlatched. “Those are subjective terms and everyone has their own definition of what they mean with regards to breastfeeding. No one has a right to tell someone what to do with their own body and child. Only the mother can decide if she wants to cover or not.”

Other moms totally agree. While some moms are happy to cover up, others are not, and often the baby doesn’t care for it either. It can get hot and uncomfortable under a cover and it can also prove to be a huge distraction. “She deserves an apology and a promise that this won’t happen to anyone else,” said Brittney, mother of two. “Most states have laws that allow a mother to nurse her child anywhere that she may be, and that legal protection should extend to aircraft as well, where no one would bat an eye at a baby eating from a bottle. Everyone should be glad the baby was content — crying babies on airplanes are no fun for anyone.”

American Airlines is experiencing a bit of a backlash and there are rumblings of a boycott. This isn’t the first time they’ve been in the news recently with breastfeeding attached — earlier this year, a mom was told she could not pump during an American Airlines flight. But it’s just a matter of time before the company policy gets a good, hard look and possibly gets revised to fully accommodate nursing moms and their babies.

Breastfeeding: Why pumping or covering may not be an option
Kicked off a plane for breastfeeding
What a trip! Air travel with an infant

21 hrs ago
by Heather Marcoux

22 hrs ago
by Heather Marcoux