What were on the minds and Twitter feeds of some of our favorite celebrity moms? Reese Witherspoon joined Twitter earlier this year and shares her favorite books and a photo from her home. Hot mom Heidi Klum is already working on her Halloween costume, while Evan Rachel Wood tweets about her new baby boy. Amber Rose rounds out our list, as she shares adorable new photos of her baby son Sebastian. 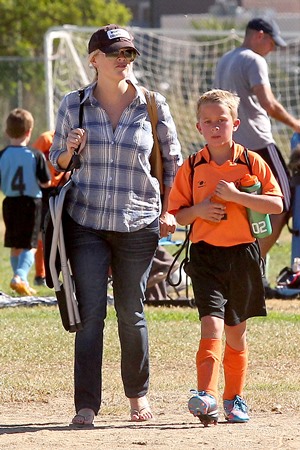 How did we miss the fact that Reese Witherspoon is on Twitter? The actress and mom of three quietly joined Twitter on February 28 of this year, with her first tweet about attending TED talks in New York City. Her Twitter verified account, with the @RWitherspoon handle, has a modest (at least, in celebrity standards) 52,200 followers thus far, with her profile reading, “Actress/Producer/Mother of 3/Southern Girl.”

What does Witherspoon tweet about? She makes frequent posts about her favorite books. Book club, anyone?

“About to finish this one! Am I gonna cry?? #page296,” she tweeted, with a link to her WhoSay account with a photo of the book Me Before You by JoJo Moyes.

“Has anyone read this? I love his other books,” she wrote on June 25, with a photo of the book, The Ocean at the End of the Lane by Neil Gaiman, later tweeting about how much she loves The Engagements by J. Courtney Sullivan.

Witherspoon, who won the Academy Award for best actress for the movie Walk the Line, tweeted, “My new shirt?” with a link to a blue tank top with the words “Because You’re Mine… I Walk the Line.”

No specific mention of her three children, Ava, Deacon and baby Tennessee James, however she did post a cute picture of three pairs of cowboy boots at her Ojai Ranch home in California. “My little cowboys #ojaidays,” she wrote.

Speaking of her Ojai Ranch, she recently put it on the market for $7.25 million. Any takers? 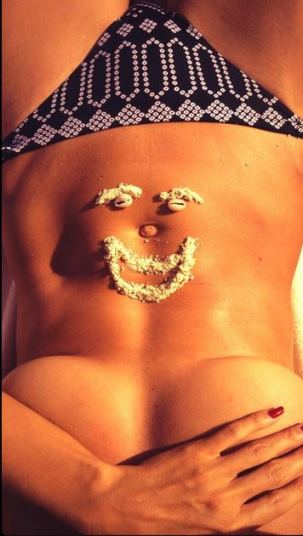 Mom, model and America’s Got Talent judge Heidi Klum has been causing quite a stir lately with all of her sexy Twitter pics, so we had to check out her Twitter feed to see what all the fuss was about.

“Smile!” tweeted Klum, showing off her amazing body in this photo with a smiley face made out of seashells and sand. Yes, that toned tummy gave birth to four children, including Leni, 9, Henry, 7, Johan, 6 and Lou, 3.

“Took the kids to see Spider-Man on Broadway… but, as you can see, I probably had the most fun,” tweeted Klum in July, sharing a photo of the cast of Spider-Man holding her up.

Even though Halloween is three months away, Klum always goes all-out for her Halloween costumes. In fact, she’s already planning! “Started working on my Halloween costume! #HeidisHalloween,“ she wrote, sharing a picture of her face covered in clay molding.

Any guesses as to what her Halloween costume will be? 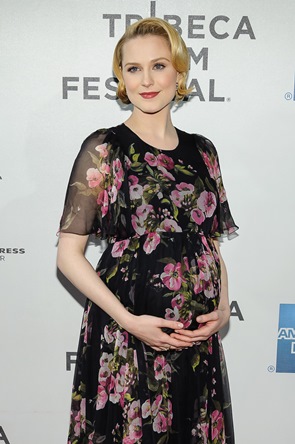 Actress Evan Rachel Wood gave birth to a baby boy! “Its a boy!! Song of the day ”beautiful boy” #johnlennon,” she tweeted on July 29.

Her husband, Jamie Bell, echoed her sentiments. “Wow! What a day. Evan you are my warrior! You never cease to amaze. Thank you for birthing our son so naturally & peacefully. You did it!” he wrote.

“This pretty much sums up my feelings today. My heart is ready to burst!” she later tweeted, linking to a YouTube video featuring a clip of the movie Raising Arizona, in which the characters talk about how much they love their baby.

Wood later tweeted a message to Ricki Lake, thanking her for the role she played in Wood’s natural home birth.

“I have to say thank you @RickiLake for your inspiring documentary ‘the business of being born’ I never knew I had a choice when it came to labor,“ Wood tweeted. “It taught me so much & aided my decision in having a natural home birth which my son & I are now forever grateful for.“

“You are so welcome. Overjoyed to hear you had a positive birth experience & a beautiful son!” Lake replied back.

No word yet on the name of the baby boy, but may we suggest the name Lennon? 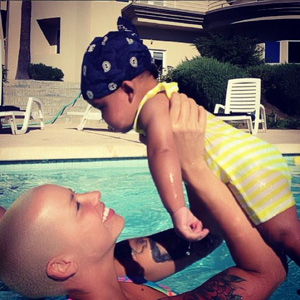 Amber Rose shared some adorable photos of her 5-month-old son Sebastian, whom she calls Bash.

“Lovin Sebastian up in the pool,“ she tweeted, as she held her baby in the air in the pool. “Munchie & Mommy Time.”

It sounds like Rose, who welcomed Bash in February with her boyfriend Wiz Khalifa, doesn’t like too much time away from her baby.

“Can’t wait to get home to Bash I love kissin his sweet Lil lips while he sleeps…. Mommy’s baby,” she tweeted on July 30.

She has also been busy taking Bash on some fun outings.

“Took Bashalini and my Lil brothers to the aquarium today. Bash liked the barracudas,” she wrote.

11 hrs ago
by Julia Guerra