You might know Heather McDonald best from E!’s Chelsea Lately or their spin-off series, After Lately. She’s an actress, comedian, story producer and a best-selling author too. Heather is also mother to three kids. And for the month of August, she’s a SheKnows Mommaloguer!

Related story Karen Elson Gets Real With Her Kids About Modeling Nude & the New Standard of Beauty
Heather McDonald is a Mommaloguer! 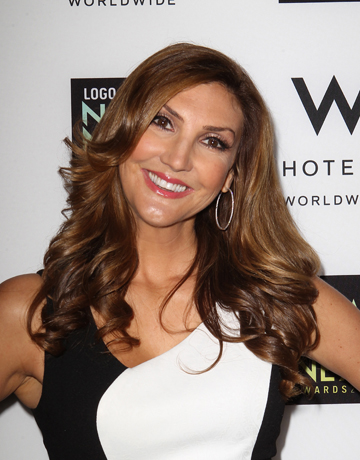 Be sure to check out Mommalogues all month long to get to know Heather.

For the month of August, Heather McDonald is SheKnows’ guest vlogger and she’ll be sharing her thoughts about life and motherhood along with our regular Mommaloguers. You’ll love learning more about the actress and comedian as she talks about balancing her busy career and parenting. McDonald will share her thoughts about motherhood, family life and much more.

McDonald follows other celebrity moms that have raised their voices on the Mommalogues including Danica McKellar, Melissa Rycroft, Tia Mowry, Lisa Rinna, Kendra Wilkinson, Alison Sweeney and many more.

McDonald released her debut book, You’ll Never Blue Ball in This Town Again, in June 2010 and it was met with rave reviews, spending seven weeks on The New York Times best-seller list. Her follow-up book, entitled My Inapropriate Life: Some Material Not Suitable for Small Children, Nuns, or Mature Adults, came out in early 2013 and also became a national best seller.

On stage and screen

As a hilarious stand-up comedian, McDonald recently wrapped her “My Inappropriate Life” tour where she performed to sold-out crowds in San Francisco, Chicago, Dallas, Las Vegas, Atlanta and other cities. She also opened for Chelsea Handler’s “Lies That Chelsea Handler Told Me” tour in sold-out performances around the country.

Currently in the sixth season of E!’s Chelsea Lately, McDonald is best known for her round table appearances on the highly-rated show. She’s also become the breakout star on the E! comedic “mockumentary” spin-off series, After Lately, which chronicles the “behind-the-scenes” shenanigans of the Chelsea Lately cast and crew.

On top of being a full-time writer and story producer for Chelsea Lately, McDonald is also a regular collaborator with the Wayans brothers, serving as a writer for several of their features. In addition to her aforementioned books, McDonald’s writing has also been published in Redbook, Reader’s Digest, The Hollywood Reporter and other publications.

McDonald has been married to her husband, Peter Dobias, for 13 years. She has three children — stepdaughter, Mackenzie (who is 13) and sons Drake and Brandon, who are 10 and 7, respectively.

Mommalogues is a destination for parents to raise their voices about the hot topics they care about. The online conversation includes celebrities and popular bloggers, as well as Mommalogues’ engaged growing community, all interacting on issues and experiences that come along with juggling the demands of parenthood with a busy life.