Sure, the movies that our kids are growing up with are amazing — the graphics, the 3-D options, the crazy sound quality and the realistic feeling. But, whatever happened to the good old classics that we used to watch as kids? From old-school black and white favorites to teen flicks that we devoured (Brat Pack, anyone?), your kids are going to get an entirely new taste of what family movie night is meant to be!

Related story Hurry, Amazon Prime Video Is Offering Free Trials & You Can Sign Up For It More Than Once

Back to the Future 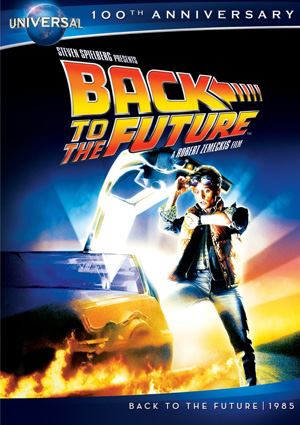 Considering the date in the future that the stars of Back to the Future (Amazon Prime, $5) the classic ’80s movie jet ahead in time to is just a couple of years away (October 21, 2015) we can certainly say that this should now be on the list of classics! While your kids might be confused about why the “future” looks a lot different on the movie, than it does in real life (um, unless a lot changes in the next two years?), they’ll love the retro-style and especially Doc Brown’s breakfast-making machine. 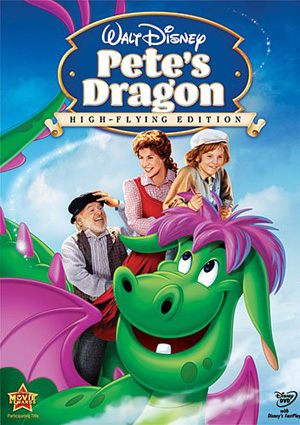 Making ground-breaking cinematic moves in the late 1970s, Pete’s Dragon (Amazon Prime, $11) combines animation and live action (aka real people), for some serious old-school family movie night fun. While you all will quickly realize that this is no high-tech, 3-D, Pixar animation theater, the novelty of mixing cartoons and people, as they do in Pete’s Dragon, will keep your kids’ attention. 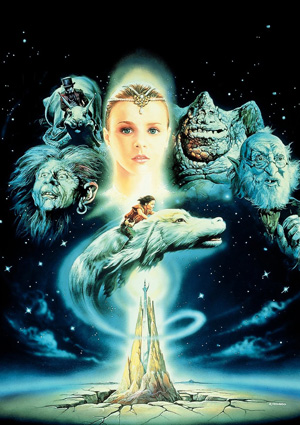 Continue the ’80s family movie night marathon with this gem, The NeverEnding Story (Amazon Prime, $5). Kids who absolutely love getting lost in a book, will have their eyes glued to this movie, which is all about a little boy who becomes the main character in the fantasy book that he’s reading. And, we can’t forget about the lovable and wise flying dog/dragon/mystical creature, Falkor, who helps Atreyu through his journey. 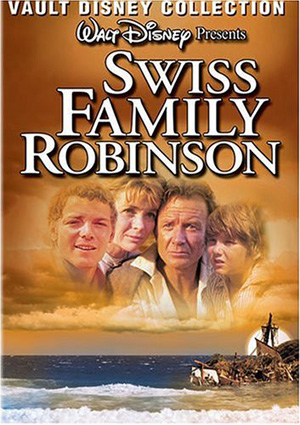 Before you put this movie on, we recommend you make it very clear to your kids that no matter how much they love Swiss Family Robinson (Amazon Prime, $14), you are not, we repeat, are not, moving into a tree house. Don’t get swayed into thinking that the Swiss Family Robinson lifestyle is looking good, Mom — remember, there are no dishwashers in the jungle. 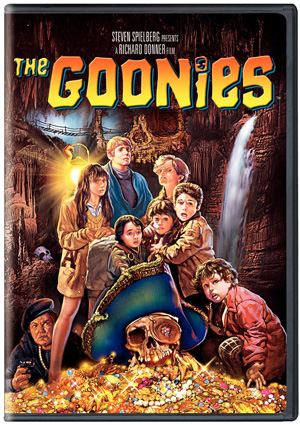 Looking for the perfect movie for a movie night with a group of boys? Goonies (Amazon Prime, $4) is your movie! In fact, your husband is probably still quoting Goonies from the last time he watched it… 20 years ago. Sit in on this one, Mom and Dad. He’ll love reliving his boyhood and you’ll love swooning over a young Corey Feldman just like you were 12 years old again. 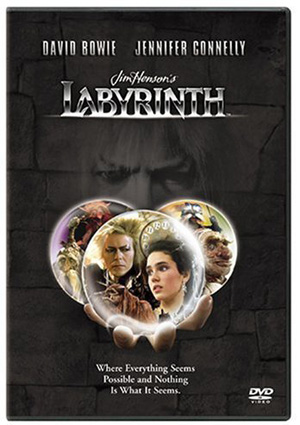 Because, really… what is better than family movie night? How about family movie night with David Bowie? If you remember the ’80s movie Labrynth (Amazon Prime, $6), you get major bonus points. This rock meets fantasy meets crazy ’80s hair movie was actually directed by Muppets creator, Jim Henson, making it an instant hit for kids of all ages. 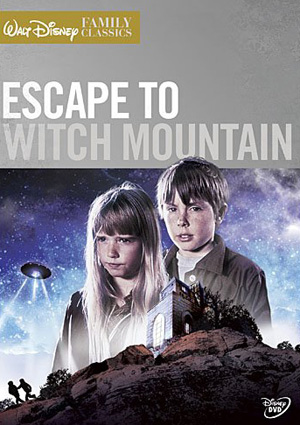 If your kids are Harry Potter fans, they’re sure to think that Escape to Witch Mountain (Amazon Prime, $9), an old Disney classic from the 1970s, is a hoot. There’s a little bit of magic, a little bit of sci-fi adventure, a little bit of animals who know more than they should… the perfect recipe for a good family movie. 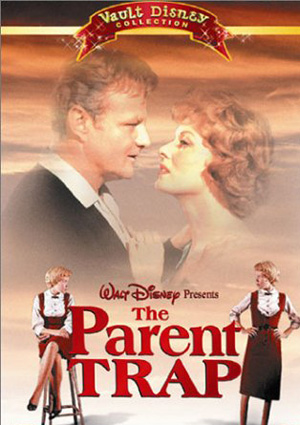 One of the oldest movies on our list, dating back to 1961, The Parent Trap (Amazon Instant Video, $10) is likely a movie that your kids have watched before, but this version doesn’t include a young Lindsay Lohan. Get ready to blow their minds with the little tidbit that the main characters, the twins, were actually both played by one actress, Hayley Mills! 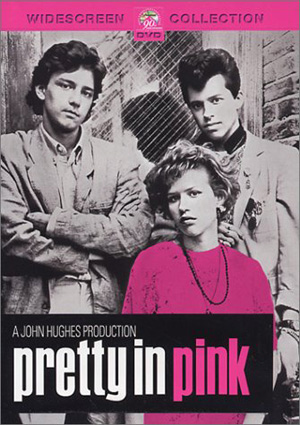 With a cult-following that’s still going strong, nearly 30 years later, Pretty in Pink (Amazon Prime, $25) is the ultimate girls-only family movie night chick flick. If you don’t already have this movie in your own secret stash, you will likely pay a pretty penny for it, but explaining those radical ’80s fashions to your daughters will be completely worth it. 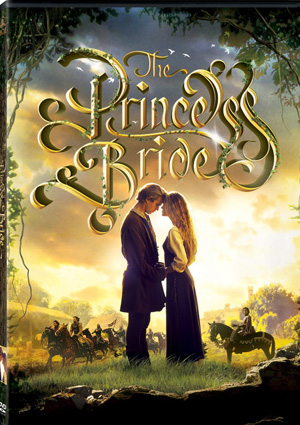 There are literally too many epic parts of The Princess Bride (Amazon Prime, $5) to list — from the mountain-top sword fights to the crazy poisoned goblet situation to the constant struggle between good and evil… then back to good again. You’re going to remember exactly how much you used to love this movie when you watch it with your own kids.

Remember… Some of these movies have their, well, controversial bits and pieces. If you haven’t seen them in a while, it might be smart to do a quick preview yourself before sitting down with the family for movie night. Or, keep the fast-forward button ready to go!

23 hrs ago
by SheKnows Editorial