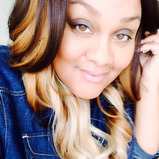 Living on a military base is a unique, challenging and fun experience. It is a lot different from living in a regular civilian neighborhood and there are things that can take some getting used to. 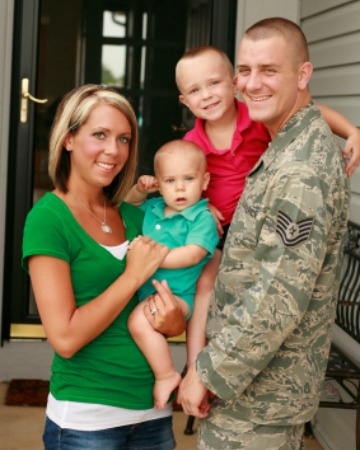 Thankfully, knowing some of the following tips in advance can make your transition to on-base living an easier one.

I can assure you there will be many occasions where you will literally jump out of your skin thanks to what sounds like explosions. Don’t be alarmed… it’s most likely soldiers practicing their artillery skills. You can also count on being awakened (depending where you live on base) by the morning bugle call known as “Reveille.” For some, your mornings will not only be met by “Reveille”, but by the sounds of service members chanting cadence in unison as they do their daily PT (physical training). Lastly, your nights will be met by the mournful sounds of “Taps.”

No driving and yapping, and no speeding either

Shockingly there are still quite a few states that haven’t implemented hands-free driving rules for the use of cellphones. Though this may be the case for the state or country you are stationed in, the DOD has implemented hands-free regulations for all military bases. In a nutshell, no matter what the law is outside of base, all military installations will issue you a ticket if you are caught on your phone without a hands-free device. When it comes to speeding, military installations reserve the right to suspend your on-post driving privileges if you receive one too many infractions. It would be really inconvenient to be able to drive in town but not be able to drive on base. Military bases have their own speed limits and police officers. You also don’t want to have to deal with a letter being sent to the service member’s higher up.

Keep a close eye on your military brats

Raising children and teens on a military base can be an amazing thing. They meet other kids from different places and cultures and there are tons of activities to keep them busy. All that aside, it’s important to understand that you and your family are living on government property and even your children are subject to the regulations of on-base living. Let’s be honest — some kids get into trouble, but getting into trouble one too many times on base could possibly mean having to move off-base or result in disciplinary action for the service member. Many military bases have instituted base-wide curfews for children and teens under a certain age. Be sure to ask about your military installation curfew procedures.

Government housing AKA base housing

Now that you live in base housing, it’s important to properly maintain your home for cleanliness. Although random inspections are very rare anymore, you are still living in government quarters and must care for the home properly. Failure to do so could lead to delays in out processing when it is time for your family to move to your next duty station.

Your military ID is your lifeline

One of the first things all military dependents 10 years of age and older receive is a military ID. Your ID is your lifeline on base. It is needed for almost everything you will ever do, including doctor’s appointments, grocery shopping at the commissary and even getting back onto the base if you leave to go somewhere. Your ID is not something you want to lose and it’s not something you want to have to go get again (at least until it expires). Losing your ID is a big inconvenience, and getting a new one can be a time-consuming process.

Boredom is not an option

One of the great things about living on a military installation is that for the most part, each base is equipped with travel offices, recreational centers, free gyms, pools and a local Army Community Services (ACS) building for any other unknown information you may need. You and your family should never be bored with the vast amount of resources and recreation available to you for little or no charge.

6 Books to help children cope with deployment
Moms with a cause: Advocating for military kids worldwide
Saying goodbye: The beginning of deployment