Unlike the storybooks on which young readers cut their teeth (perhaps literally), chapter books contain fewer illustrations and are long enough to be divided into chapters. 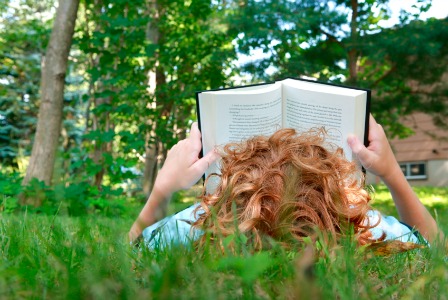 These books are ideal for kids who’ve mastered the basics of reading and are ready for more complex sentences and storylines. Many chapter books are series based, providing readers with familiar characters and plot structures. Because the stories are more engrossing and take longer to finish, your child’s sense of involvement — and accomplishment — is increased.

Head to your nearest library with this list of some of the best contemporary and classic chapter books that will thrill and inspire young readers.

A Wrinkle in Time

This is the first of L’Engle’s classic Time Quintet, a science fiction–fantasy series that follows young Meg Murry, whose scientist father has mysteriously disappeared.

This children’s classic, which tells the story of a pig named Wilbur and his unlikely friendship with a barn spider named Charlotte, is a must-read. Parents will enjoy re-reading this one, too!

Another children’s classic extolling the importance of youthful imagination, The Little Prince tells the story of a friendship between a downed airplane pilot and a magical little prince, both stranded far from their homes.

The Indian in the Cupboard

The first in a five-book series, this book chronicles the adventures of Omri, a young boy who is given a scavenged cupboard for his birthday. When he finds a key for the cupboard, he discovers that the toy figures he puts inside are brought to life.

series by David A. Kelly

This popular baseball-themed series follows junior sleuths Kate and Mike as they travel around the country to different ballparks and solve mysteries.

A funny story about a girl bully’s birthday party, the pet elephant she’s given as a gift and the surprising effect it has on her behavior.

Little House in the Big Woods

The Little House books are classics of American children’s literature and have never been out of print. The nine-book series chronicles the Ingalls family’s adventures as settlers in the American Midwest during the late 19th century.

This book was a New York Times best-seller in 2012. It tells the story of a boy with a facial deformity and his challenges and triumphs during his first year at school.

A Series of Unfortunate Events

These fun and fantastical books follow the resourceful Baudelaire orphans — Violet, Klaus and Sunny — through a series of mishaps and near misses.

Roll of Thunder, Hear My Cry

This Newberry medal winner — the second in a three-book series — is set in the Mississippi Delta during the Great Depression. It follows the Logan family as they struggle to persevere in the pre–civil rights South.

More on kids and reading

16 hrs ago
by Isobella Jade