Young people are three times more likely than seniors to have narcissistic personality disorder, according to the National Institutes of Health. Are we parents to blame? 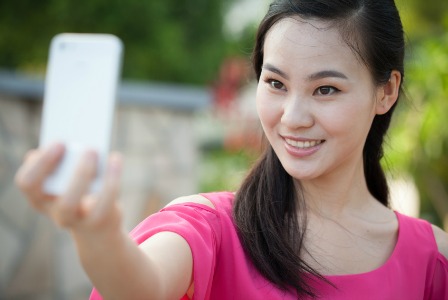 Visit the Facebook page of any tween or teen and you’ll see dozens of “selfies,” photos that kids take of themselves standing in front of the mirror.

Each photo will likely be captioned with a little toot-toot of the horn:

Girls and boys alike are blatantly flaunting their faces, hair, clothes and bodies in the hopes that their friends will “Like” or “Comment” their overwhelming approval. We want our kids to have a healthy self-esteem and body image, but this self-promotion verges on the unhealthy.

What makes a kid a narcissist?

“Typically, narcissistic personality disorder comes from not having enough attention paid to them as children,” says psychiatrist and author Dr. Carole Lieberman. “It is a psychological defense against feeling no one cares about them.”

But the love narcissistic kids show themselves isn’t honest. “They have to pretend to love themselves because they feel no one else loves them,” says Dr. Lieberman. And the opposite can present a problem as well.

“With today’s helicopter parents, narcissistic personality disorder may also come from getting too much attention, to the point where children feel entitled and believe that they are the center of the universe because their parents made them feel that way.”

Melissa Schenker, an expert on narcissism and author of Sweet Relief from the Everyday Narcissist, says parents can avoid raising self-centered children:

Provide an emotional connection. “This is particularly important between the ages of 18 months and 3 years,” says Schenker. Eliminate distractions and be emotionally present with your children and pay attention when they attempt to engage you.

Avoid shame as a tool to get compliance. And when your child does make a mistake or needs correcting, “be sure to help them back to an emotional balance,” says Schenker.

Listen. “Actually listen to your child without always correcting them or making them somehow wrong,” Schenker advises.

Relationship expert April Masini believes that a narcissistic personality is a “result of poor choices in parenting” rather than a so-called disorder. “Narcissism is about to go the way of ADHD and become a moneymaker for drug companies,” says Masini. “You heard it here first.”

Masini, known as “the new millennium’s Dear Abby,” believes parents have the power to keep the narcissism monster at bay:

More on parenting the “Me” generation

4 Signs you’re raising a narcissist
Are you turning your kid into a narcissist?
Why your child needs to clean up her (social media) act