Teens are bombarded with literature and lectures about why they should avoid smoking, but what about chewing tobacco? Some teens think it isn’t as addictive as smoking, and not as noticeable of a habit.

Related story Dax Shepard Wants His Kids to Do Psychedelic Drugs — But Should They? 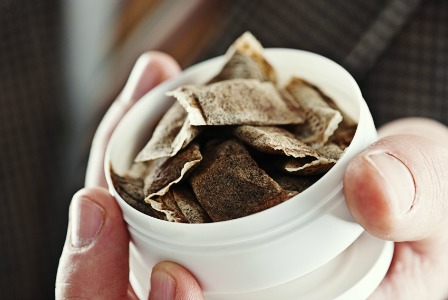 With so much emphasis on health these days, why are teens still chewing?

Smokeless tobacco products may not be as popular with teens as smoking, but according to a new study the rate of use among U.S. teens has remained steady since 2000. Chances are, your teen has a friend or two who uses smokeless tobacco. Is your teen aware of the dangers of chew?

What is smokeless tobacco?

Smokeless tobacco comes in two forms — either as loose leaves, twists or bricks or in a finely cut version that is either dry or moist. Sometimes called chew, chewing tobacco, snuff, snus or dip, smokeless tobacco is used in the mouth, placed between the cheek and lower lip. The nicotine in the tobacco enters the blood stream through the lining of the mouth, and extra tobacco juices are spit or swallowed.

Flavors and sweeteners are often added to smokeless tobacco, even though cigarette manufacturers are not allowed to flavor cigarettes. Tempting flavors like vanilla, fruit, wintergreen or mint make the product more appealing to young people, making it seem more like a treat.

Not a safe alternative

There is a common misconception that smokeless varieties of tobacco are a safer alternative to smoking cigarettes. All forms of tobacco contain nicotine, which in any form is highly addictive and a leading cause of cancer. Cigarette smokers and smokeless tobacco users have comparable levels of nicotine in their blood. Even when the chewing tobacco is removed from the mouth, the nicotine is still being absorbed into the bloodstream.

According to the National Cancer Institute, there are at least 28 chemicals in smokeless tobacco that have been found to cause various forms of cancer, including esophageal cancer, cancers of the mouth and pancreatic cancer. Nitrosamines— chemicals that are formed during the process of growing, curing, fermenting and aging smokeless tobacco — have been directly linked to cancer risk. According to the Department of Health and Human Services, nicotine is “… a highly addictive drug that acts in the brain and throughout the body.” Smokeless tobacco may contain more nicotine than cigarettes, and their website cites these stats to back that up.

According to a new report in the Journal of the American Medical Association, about 1 out of every 20 teens in the U.S. has used smokeless tobacco products. Researchers compared data from the 2000 and 2011 U.S. National Youth Tobacco Survey, which included thousands of middle and high school students. A slight decrease was seen in the ages 9 to 14 group, but a similar increase was noted in teenagers between 14 and 17 years old.

The Centers for Disease Control (CDC) reports that teens are more likely to use tobacco if their peers also use it, and consider it acceptable. The CDC also notes that there is evidence that young people may be more sensitive to nicotine, leading them to become dependent sooner than an adult. Other factors include use by athletes, exposure to adults who use smokeless tobacco, lack of parental support or involvement and low self-esteem.

Does your teen have an addiction to smokeless tobacco products? Ending an addiction to nicotine takes time and support. The National Cancer Institute (NCI) has a few options.