Does Alzheimer’s disease scare you? Does Down syndrome confuse you? The link between the two should excite every parent or loved one of a child with Down syndrome, because identifying that link means the chances of discovering effective therapies are closer than ever. 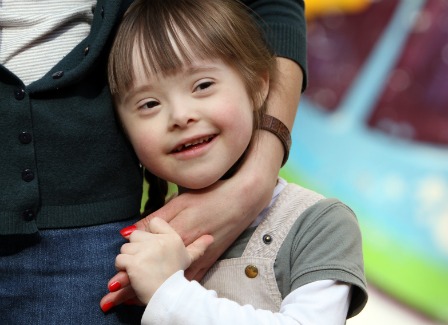 Throughout my life, I’ve feared I would one day develop Alzheimer’s disease. I never expected I’d have a child with Down syndrome whose chances of developing Alzheimer’s (AD) surpassed mine.

Individuals with Down syndrome have increased risk of developing Alzheimer’s disease and related dementia. The idea terrifies me. If I’m worried I won’t be able to take care of myself in my old age, what makes me think I will be able to care for my son?

My 3-year-old son, Charlie, has Down syndrome (Ds), which means while most people have 46 chromosomes, he has 47 — thanks to a third copy of the 21st chromosome.

The 21st chromosome. Remember that.

Dr. Michael M. Harpold is chief scientific officer and chair of the scientific advisory board for the Down Syndrome Research and Treatment Foundation (DSRTF).

Every day, Harpold encounters parents like me who are on the verge of panic upon realizing their child may experience dementia at the same time we do, as parents.

Harpold explains researchers identified the link between Alzheimer’s disease and Down syndrome in autopsies, where they recognized the formation of plaques. “A chemical analysis of the plaques showed one of the most prominent components was a fragment of protein called beta-amyloid,” Harpold says. “Additional research identified and characterized the gene encoding APP — amyloid precursor protein.”

Harpold explains that a fragment of APP is a major component of the plaques associated with the loss of nerve cells.

Most telling of all? “The APP protein is encoded in a gene located on chromosome 21,” Harpold says. It’s like a whodunit discovery for two separate conditions.

My heart hurts to write that.

Alzheimer’s in people with Ds

And because individuals with Down syndrome have accelerated aging, dementia may occur at a younger age as well.

Dr. Julie Moran is a geriatrician specializing in individuals with intellectual disabilities and a faculty member of Harvard Medical School. She is also the lead author of Aging and Down syndrome: A Health and Well-being Guidebook, distributed by the National Down Syndrome Society (NDSS).

“Accelerated aging means there’s a phenomenon of aging that seems to take place at a more advanced rate than you would see in the typically developing population,” Moran explained during a webinar sponsored by NDSS. “Accelerated aging means people in their 40s and 50s may experience changes similar to what you would see in someone 70 or 80 [years old] in the typical population.”

My son is 3 years old — I am 40. In 37 years, when the risk starts to kick in for him around age 40, I will be 77. Do you see where my panic originates? Can you understand a feverish interest in raising money for research? I have to save my son!

“The studies to date may be somewhat imperfect,” Harpold says, “but in general they suggest Alzheimer’s–associated dementia has been detected in about 10 to 25 percent of individuals [with Down syndrome] between the ages of 40 and 49.”

According to Harpold, those percentages increase to between 20 and 50 percent in individuals with Down syndrome aged 50 to 59 years, and 60 to 75 percent and higher in those older than 60 years.

Kevin Thompson has a daughter with Down syndrome. He blogs regularly and says he’s “very intrigued by the research.”

Thompson is also a lead pastor of Community Bible Church of Fort Smith, Arkansas, which creates a dilemma for him. “The connection between Ds and Alzheimer’s gives me an interesting voice in the stem cell research debate,” he explains. “I’m very leery of creating stem cells just for the sake of research even though the research could help my daughter.”

While torn regarding research, Thompson admits, “The awareness of the early onset of Alzheimer’s is probably the most frightening aspect of parenting a child with Ds when we consider what her future might be like.”

Sarah Wernikoff is the board chair of the DSRTF, and became involved with the nonprofit because she also has a daughter with Down syndrome.

“This reality [of my daughter’s risk of developing Alzheimer’s disease] threatens to take away the tremendous developmental progress she has [achieved], and will continue to achieve, throughout her young life,” Wernikoff says.

“As with my other children, my hope for her is that she lives her entire life to her greatest potential. [Research into the link between Ds and AD] is aimed at minimizing the risk of early cognitive decline — and in turn enabling her to live a richer and more independent life, for her entire life, in all aspects — from social relationships, to school, to work and overall independent living.”

Stephanie Young is the Northwest region coordinator for Family-2-Family Health Information Center of Arkansas, a project of the Arkansas Disability Coalition. Her 9-year-old son has Down syndrome, and because she received a prenatal diagnosis, Stephanie has worried about his risk of developing Alzheimer’s disease since before he was even born.

“What is going on in his head is always on my mind — but in many different ways. I think about it not only in terms of what he is unable to tell me due to the language barrier, or just with regard to typical little boy mischief, but I worry about amyloid or ‘plaque’ build-up in the brain and I have been pursuing methods of battling that for years already… We work so hard to build communication skills and promote healthy relationships for [my son], I fear the day I may look in my angel’s eyes and see a stranger looking back at me.”

Up next: More about the link between Down syndrome and Alzheimer’s disease