Your daughter has been invited to a co-ed sleepover at a good friend’s house. You trust the parents, but can you trust the kids? Family experts and real moms offer their advice.

For more than 10 years, we’ve been hosting sleepovers (they’re not called slumber parties anymore) for our 15- and 10-year-old daughters and their friends. Sometimes, there’s just one guest. Usually, there are three or four. Once (but only once) we allowed 12 girls to spend the night.

Better here than somewhere else

We built our home with kids in mind and the hopes that ours would be that house where the kids wanted to hang out. I can’t recall how many parties we’ve thrown, but I can count on one hand how many times our girls have slept at other people’s houses. We’re not snobs. We’re not prudes. We’re just… cautious.

The new (but not improved) sleepover

So, when our ninth-grade daughter came home from school and informed us that a male classmate was having a co-ed sleepover, we were really caught off guard. After we recovered from the initial shock, we felt a surge of parental pride because she added, “I wasn’t even going to mention it because I knew you wouldn’t let me go.” She was right. There was no way she was going — no matter how much we trusted the family who was hosting it.

We soon discovered that co-ed sleepovers are not all that uncommon; in fact, they’re becoming mainstream. We just had to know how other parents felt about them: 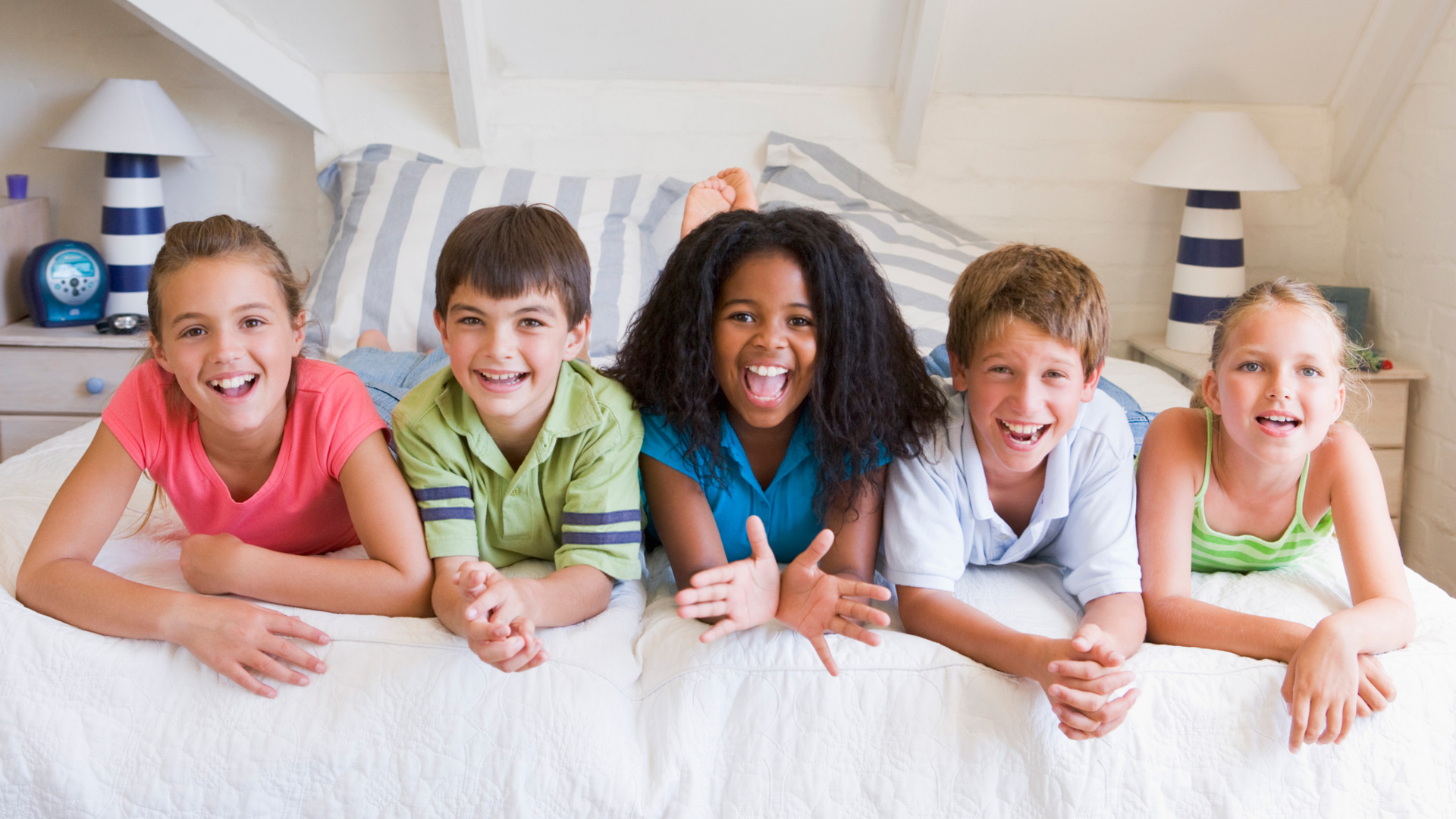 Why some parents think it’s OK…

Megan let her kids have a co-ed sleepover “for convenience.” After taking her son and his friends and her daughters and their friends to a midnight movie premiere on a school night, she simply allowed everyone to stay over. “The boys slept on a different floor than the girls, and it was fine.”

Sasha, who considers herself “very old-school,” also found a co-ed sleepover to be a convenient solution for her son’s friends and their parents. “My youngest wanted to have a bonfire after his Freshman Dance, but we live so far from the school that the kids wouldn’t even arrive until after 11:00 p.m. and then parents would have to drive all the way back later to pick up their kids,” she explained.

“‘Co-ed sleepover’ sounds bad but, in reality, the kids were around a fire for most of the night and slept on the living room floor for only two hours. And I was awake all night!” Sasha added that the kids were all “friends who weren’t in serious relationships” and the party “was very supervised.”

Donna, a mom of three, agrees with Sasha. “When a parent has a strong relationship with their children and the trust is there, then I don’t see a problem.”

… and other parents don’t

“Sarina” let her 14-year-old daughter “Ginny” spend many a night at her best friend’s house and didn’t consider them “co-ed” since the only male in attendance was the friend’s big brother. What Sarina didn’t know was Ginny had a serious crush on the older boy.

Another mother finally gave Sarina the real scoop: The seemingly harmless sleepovers frequently involved alcohol and unprotected sex. After gyno appointments, pregnancy tests and lots of crying and yelling, Ginny is no longer permitted to spend the night at anyone’s house but her own.

Dr. Fran Walfish, a psychotherapist and author of The Self-Aware Parent, encourages parents to trust their personal intuition — if your gut is opposed, then follow that instinct.

“I would not personally, nor professionally, recommend allowing a child to attend a co-ed sleepover,” says Dr. Walfish. “Hormones begin raging as early as age 9; and by late tweens and teens, hormones peak. Why would you put your kids in a situation where they could act out?”

Katie’s kids are still young, but she sees co-ed sleepovers as potential for bad choices. “Even when kids really understand actions and consequences, things happen when large groups get together,” she says. “It’s more about keeping everybody safe. They don’t need that kind of pressure disguised as freedom at that age.”

More on teens and sex

How to talk to your teen about safe sex
Sex Facts: Clueless teens are getting pregnant
How to keep your sexually active daughter safe