You can’t help but cringe at the thought of one more chorus from The Wiggles, right? We feel your pain, Mama! That’s why we’ve compiled this list of kid-friendly music moms will love too. 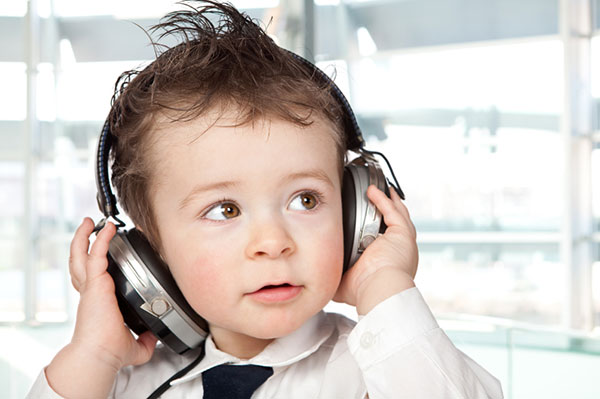 The day your kids turned into toddlers, you lost the rights to your car stereo. Fortunately, not all kid-friendly music is cringe-worthy. We’ve hand-picked some kid-friendly music that won’t make your ears bleed — we promise. In fact, you might even find yourself singing along!

If you know They Might Be Giants, it’s probably for their oddball alternative music, laced with catchy melodies and strange lyrics. Would you be surprised to learn that they’ve also released several children’s albums? The band’s children’s music is just as catchy at their alternative fare, but aimed at a much younger audience. Each album is educational and specifically themed. Choose from albums filled with songs about letters, numbers, science and more. In fact, if you watch Nick Jr. in your house, you’ll recognize their science-themed “I am a Paleontologist” as soon as it creeps through your speakers.

They don’t make movies like they used to, and they certainly don’t make Disney song tracks the way they used to. If you really want to enjoy yourself while your kids rock it out, pop in the sounds from all of your favorite Disney movies of your youth. They may or may not be familiar with the movies (but if they aren’t, get on the ball, Mom!), but they’ll still love the fun sounds of songs like The Little Mermaid’s “Under the Sea,” Beauty and the Beast’s “Be Our Guest” or Cinderella’s “Bibbidi-Bobbidi-Boo.” You’ll get to spend some time feeling nostalgic, and they’ll think you’re a rock star for knowing all the words.

You’ve seen her bright red curls and even brighter clothing on television, and you’ve seen the way she makes your kids move across the floor with her lively music. You might be surprised, though, that she can probably make you move too. It may sound silly, but you’ll find yourself bobbing your head and laughing with your kids to songs like “Victor Vito,” “Bumblebee” and “Monster Boogie.” Don’t be surprised if “Moon, Moon, Moon” works its way right into your bedtime routine — without any encouragement from your little ones!

This beautiful compilation of songs from ’90s singer Lisa Loeb is meant for moms with little ones. Loeb sings some children’s songs you probably already know, as well as some originals, in a way that transforms them from childish tunes to folksy and traditional tunes you probably wouldn’t mind listening to alone.