We’ve known a mom’s feelings of depression can impact her children, but what about that child’s actual physical health and growth? 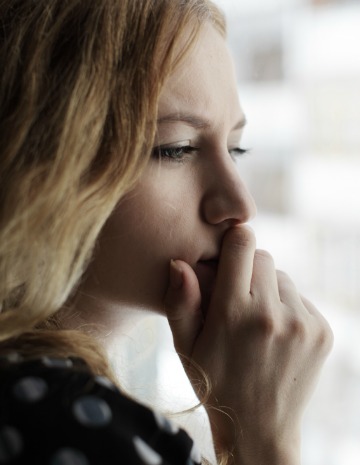 A study recently published in the journal Academic Pediatrics links a mother’s feelings of depression to childhood obesity and disengaged parenting in low-income, urban families.

Dr. Rachel S. Gross, lead author of the study, is an attending physician at The Children’s Hospital at Montefiore (CHAM) and assistant professor of pediatrics at the Albert Einstein College of Medicine of Yeshiva University. Dr. Gross has spent most of her career working with low-income families in the Bronx in New York, where every day she sees patients struggling with feelings of depression as well as children who are gaining weight more quickly than expected.

While most research shows a link between a mother’s feelings of depression and a child’s development and social health, “This was one of the first [studies] to look at younger children [and how depression] can impact the physical health of children,” Dr. Gross explains.

The study compared moms’ self-reported depressive symptoms — such as loss of interest, fatigue, low energy and poor concentration — with their children’s body mass index (BMI) at age 5, according to a press release.

While research has shown childhood obesity rates climb in low-income communities (because of factors such as decreased access to parks and fresh produce), the study conducted by investigators at CHAM controlled for such factors and still found the link.

“We know many mothers experience feelings of sadness and depression,” Dr. Gross says. “Despite this awareness, many mothers really suffer in silence and don’t feel comfortable [talking to someone about their feelings].”

According to the study, mothers who report feelings of depression, have less than a high school education and are unemployed often display “… permissive parenting, where they place fewer demands on their children.”

“They are less responsive to their child’s needs, choosing parenting strategies for coping that require less cognitive effort and often neglect to set limits on the child’s behavior,” the study reports. “They were more likely to have children who consumed more sweetened drinks, infrequently had family meals, more commonly ate at restaurants and had fewer regular breakfasts than children with mothers without depressive symptoms. Depressed moms also were less likely to model healthy eating than non-depressed mothers.

“Feeding practices, such as preparing daily breakfast, modeling healthy eating and setting limits on the child’s diet, all require active maternal involvement, possibly explaining why these practices were less common among depressed mothers.”

The American Academy of Pediatrics has recognized how moms’ depression can impact childhood development and social health, and has updated guidelines that stress the importance of maternal mental health, Dr. Gross shares.

“My advice is to encourage mothers to seek out help from their doctors but also to consider talking to their pediatrician,” Dr. Gross encourages. “Mothers with young children take them to the doctor more frequently than they take themselves, so it’s an opportunity to help mothers in a pediatric setting.”

10 hrs ago
by Jamie Davis Smith