Tired of cringing through your kids’ TV time? Here are 10 shows moms like to watch almost as much as their kids! 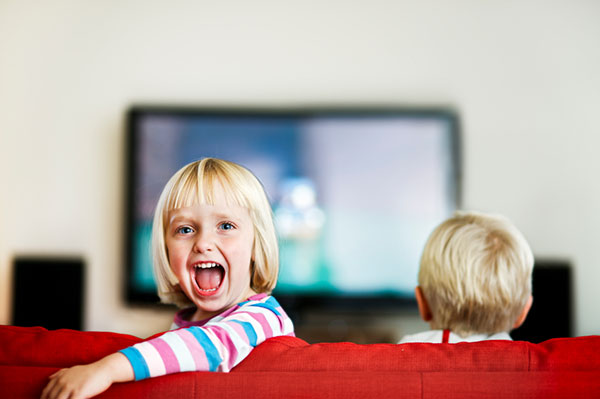 There’s no question that Hasboro’s reincarnation of a childhood favorite, aired on the HUB Network, is hugely different than the My Little Pony we grew up with. Still, it’s impossible to tune in without feeling just a bit of excitement and nostalgia.

The Disney Channel hit series Good Luck Charlie follows the Duncans as they grow from a family with three children to one with five. The oldest daughter, a teenager, creates a video diary in each episode teaching her younger sister, Charlie, about the family and life as a teenager. This show was created to be a show for the family, and it has been a huge success in that. Even famous actor Steve Carell once tweeted he had watched an entire episode of the show without a single child in the room.

There are few things that can take you back to your childhood like sitting down with your kids to watch an episode of Sesame Street. The streets are different than we remember, but they’re still recognizable. Some of the characters have changed (we hear Cookie Monster is on a diet these days), but deep down, they’re still the same characters we grew up loving. If the newer episodes don’t float your boat, tune in to Sesame Street: Classics on Netflix to relive some of your favorite scenes and characters.

At first glance, this Nickelodeon sitcom seems just as annoyingly immature as some of its counterparts, but give it a chance. Sit down to one full episode and you’ll see that this show has real characters with real, somewhat believable story lines, and a little bit of comedy intended for adult viewers. It won’t take long for you to be hooked!

Adventure Time is a somewhat strange American animated series from the Cartoon Network. It follows human boy Finn and his adoptive brother (and dog) Jake in their adventures in the post-apocalyptic Land of Ooo. Your kids will like the strange characters and bright colors. You’ll like trying to figure out what the heck is going on.

Jake and the Neverland Pirates

Ahoy, mateys! What mom doesn’t mind sitting down with her little ones for 30 minutes of Peter Pan-inspired television? This Disney Junior cartoon, based on the infamous boy who would never grow up, uses some main characters you’ll recognize, such as Captain Hook and his trusty sidekick, Mr. Smee. If you watch enough episodes, you’ll catch an occasional appearance from Pan and Tinkerbell.

Did you grow up watching Sabrina the Teenage Witch? If so, you’ll love the Wizards of Waverly Place. It’s a Disney series about three siblings who have a mortal for a mom and a former wizard for a dad, and they’re all living among the world of mortals. They must master their powers now or they risk the chance of losing them forever.

Sofia the First is Disney’s newest princess, and moms love to watch her just as much as their little girls do! Sofia is a regular girl turned princess overnight, learning to adjust to her new life. She’s all about kindness and doing what’s right, and when she does get a little off track she has the power of all of our favorite princesses to steer her in the right direction. So far, she’s met up with Cinderella and Jasmine. We can’t wait to see who’s next!

PBS’s Wild Kratts transforms the real-life Kratt Brothers into animated superheroes, set out to save the animals of the world from harm. Whether they’re in danger from natural causes or evil villains, they can only be saved by learning all about the animal in danger. Not only will you find yourself rooting for the Wild Kratts, you’ll also probably learn a few things you didn’t know.

We want to know! What’s your favorite kids’ show? Let us know in the comments section below!

The Best Reusable Nursing Pads for Your Wallet and the Planet

The Most Darling Baby Dolls For Your Nurturing Toddler