You might know Danica McKellar best as Winnie Cooper from The Wonder Years or Elsie Snuffin on The West Wing, but she’s much more than an actress. Danica is a three-time New York Times bestselling author, an education advocate and she’s also a mom. And for the month of July, she’s a SheKnows Mommaloguer too! 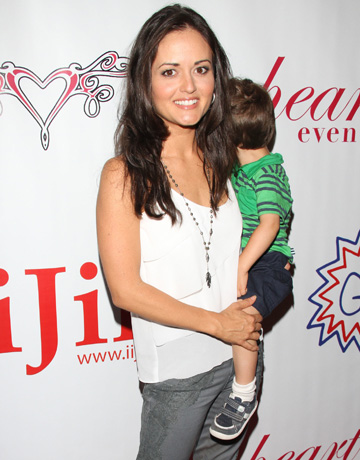 Be sure to check out Mommalogues all month long to get to know Danica.

For the month of July, Danica McKellar is SheKnows’ guest vlogger and she’ll be sharing her thoughts about life and motherhood along with our regular Mommaloguers. You’ll love learning more about the TV star and author as she talks about balancing her busy life and parenting. McKellar will share her thoughts about motherhood, education, wellness and much more.

Everyone knows Danica McKellar is a beauty, but she’s smart too — making her a great role model for young girls everywhere.

Everyone loved McKellar as Winnie Cooper on The Wonder Years, which ran for six seasons on ABC from 1988 to 1993. She then made the transition from child actor to adult actor by playing various roles in different TV series and made-for-TV movies. She returned to regular television in 2002 with a recurring role on The West Wing. And more recently, you may have seen her on How I Met Your Mother.

Danica’s best role these days is as a real-life mother to a son, who will be 3 years old in September.

Danica gave birth without an epidural and it took a day and a half of labor to deliver her son, Draco.

“If I had known it was going to be 36 hours, I’m not sure I would’ve been able to do it,” she told People after the birth.

In addition to the Mommalogues’ celebrity vloggers, the online conversation includes eight regular well-known and up-and-coming mom bloggers who discuss topics such as how real moms juggle careers, marriage, hobbies, family, health and wellness, and the chaos of modern parenthood.