Whether your kindergarten-aged kiddo has a birthday bordering the cutoff date or you’re not sure your youngster is ready to dive into his educational career, the trend of holding kids back from starting kindergarten — also known as redshirting —  is growing by the year. 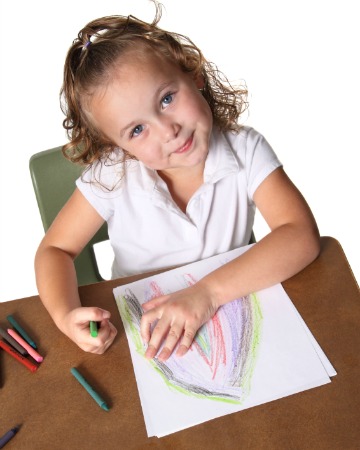 Check out the pros and cons of waiting an extra year before you decide — can kindergarten wait?

Despite the fact that parents seem to know which side of the redshirting fence they’re on, more research can still be done on the effects of holding kids back. For example, research by The National Bureau of Economic Research suggest that kids benefit from waiting for kindergarten, especially when it comes to the likelihood of repeating the third grade and to their math and reading scores in the tenth grade. The study goes further to suggest that entering kindergarten at a younger age can actually have detrimental effects on the future of your youngster’s education. Here are some reasons parents cite for redshirting their children.

Some parents are holding kids back in order to give them an extra year of maturity, hoping for better success socially — and to hopefully have better behavior for teachers. “We made the decision [to redshirt] after we witnessed her be bullied by older girls born in January and February,” explains Denise Adusei of Peartree Preschool. “Although she can handle the academics, she still has some social skills to develop. She still needs to learn to defend herself against bullying. If she started kindergarten at age 4, she would always be one of the youngest in her class. She may always be a little behind socially and developmentally.”

For other kids, the extra time spent waiting for kindergarten (instead of entering at age four) gives them a leg-up once they hit the books, letting them learn at their level. “When my son was 2 to 3 years old he didn’t have the focus and maturity to participate in class activities like his classmates who were 4 to 7 months older than him — those few months made a big difference,” shares Ellen Evans of San Antonio, Texas.

“Our decision to redshirt our son until he is almost 6 was largely based on the class make-ups his older sister has had in K, first and second grades,” explains Jen Lilienstein of Kidzmet. “With a June birthday, she was either the youngest or second-youngest kid in each elementary class to date. The developmental differences with this type of age gap in early elementary school are dramatic. Kids that are much younger than their peers can end up feeling that they are not as smart or [as] good at school as their classmates, when in reality, it’s only that they are younger with less life experience.”

Reasons not to redshirt

On the other hand, research by the department of pediatrics at University of Rochester School of Medicine and Dentistry and Rochester General Hospital suggests that waiting for kindergarten can lead to increased behavioral problems. Here are some reasons parents aren’t redshirting their children.

For children who are eligible for resources at school, the sooner kids receive these services the better. “My son was four when he entered and turned five later in the month. I was a wreck making the decision whether or not to give him another year of preschool and had him tested for special needs because I was so nervous (he has slight speech delays and I was terrified),” shares AllParenting writer Molly Smith. “He passed all tests with flying colors so we went ahead and sent him into kinder where he flourished! He had speech during the school year in class and will continue that next year though he went from 30 percent proficiency to 80 percent by the end of the year in his speech development!”

When kids are older than their classmates, their physical differences may make them feel “different.” “Despite the fact that her birthday is in September and school started in July, our first daughter was very tall for her age,” says Tracy Maffei of California. “In addition to the fact that she was ready academically, we also didn’t want to wait and have her tower over her classmates even more.”

May become bored with school work

The fear of many parents is that when kids are academically ready, redshirting may cause them to become bored with school work. “I had three boys, all with birthdays in May and June, and sent the two oldest but chose to wait a year for number three,” shares Paula Stephens, M.A. “By the time he was a senior he was very much over school.”

Still not sure if kindergarten can wait? Talk to your child’s preschool teacher to see if he or she recommends waiting for kindergarten. Keep in mind that even when you lose sleep at night trying to make a decision about redshirting, each child is different. “My daughter had been in daycare from the time she was 2 years old, so by the time [she started] kinder she was 4 and when the decision to start her came up it was pretty easy to decide. She was very prepared,” explains Jennifer McGuire of Rancho Cucamonga, California. “As for how I feel now, she is younger than most of her friends and slightly less “mature” so it’s been a bit of a struggle keeping her a little girl and keeping her sheltered.” Sometimes all you can do is go with your gut!