Does your teen love to read? Raising a reader often means that by the time she’s a teen you are scrambling for content that’s not too young — think fairies and princesses — or too racy. 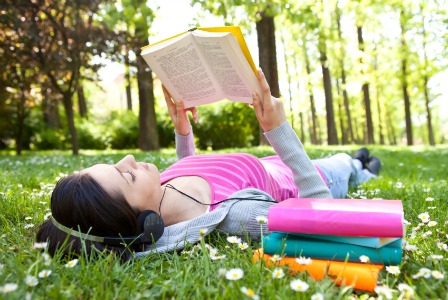 Young adult literature is a booming segment of the publishing industry, but have you read any of these titles at this crowd? You might be surprised at what you find.

With so much of a teen’s daily life being tied to electronics, we should be happy when she picks up a book instead of her iPhone. But what if the content of her favorite novels is just a bit more than she can handle? Teen and young adult fiction has changed to keep up with the times — and many moms aren’t too happy about it.

Too hot, too soon

Many of the moms we spoke with felt that the themes of sex, drugs and alcohol that have invaded the young adult segment of the bookshelf were a little bit much for their young — and even older — teens. Watch a few episodes of Sex and the City: Carrie Diaries or Gossip Girl, and you will see that it’s not only young adult novels that are teetering on the edge of what’s appropriate for young teens.

“Yes… teen fiction is getting too racy,” says Elissa, a columnist, author and mother of a 13-year-old daughter.

“I often accompany my [daughter] to the bookstore — she still likes hardcovers! First, she picks one out, then hands it over to me for ‘inspection.’ Now, I don’t want to sound like the book police, but the level of sexual tolerance for teen fiction seems to get lower and lower,” she adds. Fifth grade teacher Gina’s daughter didn’t read anything racy in her English collection, ”But there were some manga stories online that I thought were clearly deviant and not appropriate or appealing,” she says. “However, she shared this with me after her 18th birthday, and by that time she was old enough to choose what she read. She said if it got too weird, she just stopped reading it.”

Anne’s daughter hasn’t crossed over to the Gossip Girl or Pretty Little Liars collections just yet. “She’s pretty modest, so I haven’t had to shut anything down yet,” Anne says. “I will pre-read some things. I’ve been reading Divergent, which she already read. I expected it to be like Hunger Games, with its chaste romance. Divergent has more longing in it, but it’s still harmless, in my opinion,” she says. Elissa’s daughter requested a specific book that later turned out to be way more than she had bargained for. “One day I bought her (by request) The Perks of Being A Wallflower. So I open it up at home to read the first chapter. I nearly had a heart attack,” she exclaims. “It was all about the promiscuity of one of the main characters.” While Elissa realizes that her daughter is obviously aware of sex, she certainly isn’t ready to have a discussion of all the nuances involved.

Should we control what they read?

There has been some heated debate as to whether or not libraries should even allow teens to check out some items that adults might consider too graphic or have too much sexual content. 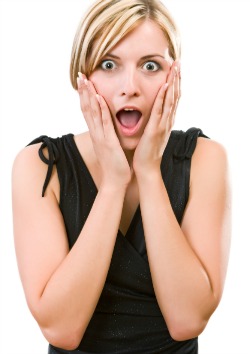 In 2010, Florida mother Tina Harden was so disturbed about the sexual references, drug use and foul language in several books her daughter had checked out from the library that she flat out refused to return the books. “If I turn them in, they will be put back into circulation and they’ll be available for more young girls to read,“ she said. “Some material is inappropriate for minors.“ The titles were from the Gossip Girl series by Cecily von Ziegesar and a spin-off of those books called It Girl. Harden wanted the library to label the books with some type of warning, and re-shelve them in the adult section. The library eventually moved the titles to the adult area.

Caryn had an experience with steamy young adult literature, but from the other side of the checkout desk. “I had the chance a couple of years ago to substitute for the librarian at the local high school,” she remembers. “I was excited to get a look at YA books, as my kids had all graduated from high school and except for being acquainted with their AP novels (mostly classics) I felt I was out of the loop with general YA fiction. What I found was tons of racy stuff that the librarian had hand-picked!” Caryn was so shocked, she questioned the librarian on it, and even went to the school principal. “I’m not a prude but some of the material was definitely inappropriate for kids under 18 — the majority age of high school kids,” she says. “A couple of the books I ‘hid’ in my office. No way was I going to be responsible for having them out on my watch,” she adds.

What the authors say

Cecily von Ziegesar, author of the wildly popular Gossip Girl series of books, says she never really realized how racy her books were, until she had to read one out loud. “I was reading that first chapter at a reading in Toronto and looked up at all these moms in the audience. And I thought, ‘Wow, this is really dirty,’” she remembers. “I’d never really thought about it that way before.” She does go on in the interview to say that very few mothers have complained to her about the content in her books. “They [the moms] say, ‘I’m just thrilled that my daughter is reading,’” she says. “I try not to think about my readers as 14-year-old girls. I don’t want to write down to them. I just want them to have something fun to read.“

Author Melissa de la Cruz, who wrote the Wolf Pact series and other popular teen fiction, says that readers come back because the characters are real. Fiction characters — whether in a fantasy novel or a realistic boarding school story — can have the same worries as every other teenage girl. “They’re universal experiences,“ she says. “They’re just wrapped in a shiny candy package.“

Author Janie Emaus doesn’t have a teen daughter but her first book was a YA novel and she knows many YA authors. “My book, Mercury in Retro Love is a sweet teen story,” she shares. “And I sold a lot of them at a book signing to parents and grandparents looking for less edgy stories.” She says that a few years back, the tide changed from the sweet/softer story and many of her author friends found it hard to make sales. “I think there is a need for all types of books for teens. But sex and drugs shouldn’t be thrown in just for shock value. Only it if is pertinent and moves the story forward. Just my two cents,” she adds.

Reading is a lifetime source of enjoyment, and our daughters have years ahead of them to enjoy many different kinds of books. Only you know what’s best for your teen daughter, but maybe the most important thing is to hold onto her love of reading.

Teens and the consequences of social media
Friend vs mom: Ways to be both
When your teenager hates you

13 hrs ago
by Kim Grundy