What were on the minds and Twitter feeds of celebrity moms this week? Celebs expressed their thoughts on many of the hot topics of the week, including Stacey Dash, who tweeted her support to Paula Deen. Kristen Bell tweeted her support after the gay marriage ban was ruled unconstitutional by proposing to her boyfriend (and baby daddy!) Dax Shepherd. Lastly, hot mom Alyssa Milano showed off her sexy Maxim magazine cover via Twitter. 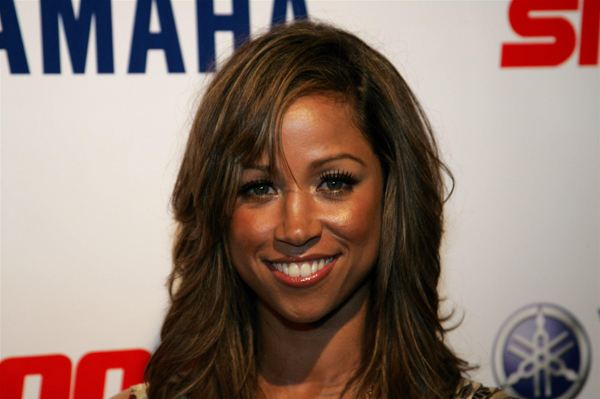 Actress Stacey Dash tweeted her support for Food Network star Paula Deen, who has come under fire after admitting to using the N-word 20 years ago, which she made in a testimony for a lawsuit in which Deen and her brother are being sued by a former manager who says she was harassed and discriminated while working at their restaurant. Deen has since apologized in a teary interview on the Today show and many of her fans, including Dash, have forgiven her and are ready to move on.

God does everything for a reason @Paula_Deen Only God can judge your heart BTW my daughter loves your show (only way she can get me to cook)
— Stacey Dash (@REALStaceyDash) June 25, 2013

The Single Ladies star, who has two children, 21-year-old Austin and 8-year-old daughter Lola, is one of many of Deen’s fans who have supported the Southern cook, despite the fact that the Food Network has dropped her, as well as her sponsors with Target and Walmart.

Not all of Dash’s fans, however, agree with her.

“Man you really are Clueless huh,” tweeted one of her followers, referring to her hit 1990s movie, Clueless.

Paula Deen recently tweeted her thanks to her fans who are supporting her.

I want to express how deeply your kind words have moved me the last few days. Thank you everyone, and love to all.
— Paula Deen (@Paula_Deen) June 27, 2013

Veronica Mars star Kristen Bell and Dax Shepard, who have a 3-month-old daughter Lincoln, have said they will wait to tie the knot until same-sex couples can marry in the United States.

With the decision of the Supreme Court to strike down a part of the Defense of Marriage Act (DOMA) which will allow same-sex couples to marry in many states, Bell tweeted her support… and her proposal!

You guys are very kind. Thank you. And for those that asked, the magazine is on the stands soon and yes, there are more pics inside.
— Alyssa Milano (@Alyssa_Milano) June 22, 2013

“Is the new profile picture too much?” tweeted Milano, who is mom to 1-1/2-year-old Milo.

The former Who’s the Boss star also answered questions from fans about motherhood and her former on-screen dad, Tony Danza! Check out some of our favorites:

We nap together every day in my bed. RT @KlutzyKrissie favorite thing to do with milo? #MistressMonday
— Alyssa Milano (@Alyssa_Milano) June 25, 2013

Yoga, pilates, running after the baby… RT @ariestwenty1 How do you keep in shape? #askmistresses
— Alyssa Milano (@Alyssa_Milano) June 25, 2013

Every day. RT @TenaciousTNO1 do you get to bring Milo to the set? #askmistresses
— Alyssa Milano (@Alyssa_Milano) June 25, 2013