A Colorado family celebrates a huge win this week for their transgender first-grader, who has won the right to use the girls’ restroom at her school. What message does this send to kids sharing the school yard with transgender children? 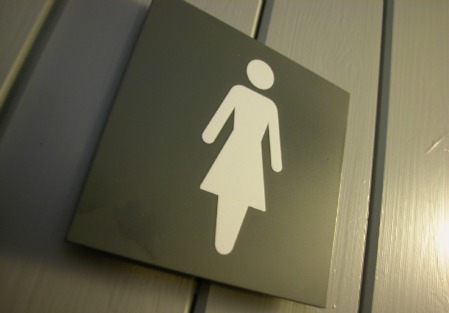 Coy Mathis, who was born a boy but identifies as a girl, had been banned from using the girls’ restroom at Eagleside Elementary School by the Fountain-Fort Carson School District back in December — but now that has all changed.

Banned from the bathroom

In December 2012, Coy’s parents received a call that the girl would be permitted to use the boys’ restrooms, gender-neutral faculty facilities or the nurses lavatory, but was banned going forward from using the girls’ bathrooms. A letter to Coy’s parents stated that the decision takes other students’ comfort level into account, especially as the first-grader gets older and her body begins to develop.

So, earlier this year, Coy’s parents filed a complaint against the district with a Colorado civil rights agency under the state’s anti-discrimination laws, challenging the district’s restriction on the student’s bathroom use. And, while the Mathis family win has been met with much support, not all parents share the same sentiment. Worries of “peeping Toms” or lack of supervision in the bathrooms, as well as locker room use, have some parents on the fence.

The American Psychological Association defines transgender as someone who does not identify with the sex to which they were assigned at birth — a struggle that exists in the person’s brain, not because of any physical malformations of their sexual organs. In fact, the American Psychiatric Association removed “gender identity disorder” from its list of mental health conditions just this last year. Yet, the lack of studies on transgender children still leave many people to confuse gender identity with sexual orientation, sadly leading to harassment and adverse reaction towards transgender people, even in schools.

A safe and supportive school environment

In today’s culture, the anti-bullying movement in schools focuses on tolerance of students in all of their unique forms, so shouldn’t transgender children find acceptance under the same sentiment? Yet, in a survey released in June 2013 by The Williams Institute, 10 percent of respondents who attended school in Washington, D.C. confessed that issues related to restroom access had a negative impact on their education due to excessive absences and eventually dropping out of school.

“I am a mother and I feel that that’s where the bullying begins,” says Michelle Turner Manigo. “When we teach children it matters what someone does instead of focusing on what matters… isn’t this about school?”

But, it’s not only Colorado schools making it clear on which side of the transgender issue fence they stand. The Massachusetts Board of Education has released a document that helps foster a safe and supportive school environment within elementary and secondary schools, as new state laws prohibiting gender identity discrimination are put into effect this year. “I feel like as a country we’ve regressed back to segregation verses integration in our schools,” says Teana, The InStyle Diva. “Transgender children are normal children that deserve the right to express themselves. If the parents are concerned then they can remove their child from the class or even better — the school.”

Learn how to deal with gender stereotypes in children >>

“I was so relieved to see the ruling in Coy’s favor. I just can’t see how anyone would consider it a hardship or problem for other students if she uses the girls’ restroom,” shares Maria Mora. “It bothered me immensely that the school board insisted on calling her a boy in public statements. This just perpetuates the notion that we’re talking about a boy who wears dresses and not a child who identifies 100 percent as a female and desperately seeks to be treated as such.”

And, that’s why the fact that this Colorado school’s transgender first-grader was given girls’ restroom rights is such a huge step in the right direction — towards tolerance and acceptance.

Parents arrested for child’s death: Faith healing or neglect?
Do you emotionally neglect your kids?
Help your child cope with hair loss

Co-Parenting Through Coronavirus is Harder Than I Imagined

5 Sit-to-Stand Toys That Grow With Your Baby