Every summer, San Diego Comic-Con International hosts over 100,000 fans of comics, games, television and film. From hardcore fans who dress up to first-timers who are curious about the spectacle, the truly devoted head to Comic-Con for a few days of intense fun. 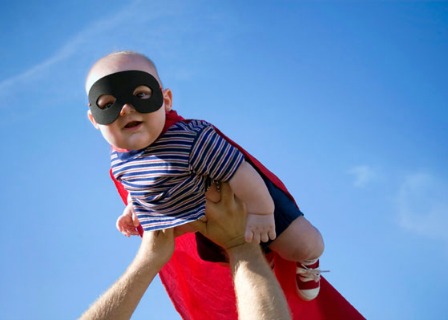 If you’re looking for a baby name with geek cred, look no further than Comic-Con.

In the spirit of America’s biggest comic book convention — which has expanded into an event that celebrates many forms of entertainment and media — we’ve selected some amazing baby names with serious geek cred. Here are fantastic baby names from San Diego Comic-Con.

These special guests at San Diego Comic-Con 2013 have excellent names. Choose one of these names for your little boy and you can tell him he was named after geek elite. From Bruce to Sergio, these are our favorite baby boy names from SDCC guests.

These female artists and writers have made a huge impact in an industry that was dominated by men in the past. We love this set of traditional, fun names that have a unique feel to them today. From Charlotte to Vera, these are our favorite baby girl names from SDCC guests.

Some of the best parts of SDCC aren’t the living people there, but the characters they portray and create. These are the top baby girl names inspired by characters you’re likely to hear about if you attend San Diego Comic-Con.